The Invention of Adolescence

"Another way to look at it is that in centuries past, a sexually mature person was never treated as a “growing child.” Today sexually mature folk spend perhaps six years—ages 12 to 18—living under the authority of their parents."

"Historically, children never lived at home during the teen years, points out Temple University’s Laurence Steinberg. Either they were shipped out to apprenticeships or off to other relatives."

"A 1988 study reported that although the under- 18 population actually declined from 1980 to 1984, adolescent admissions to private psychiatric hospitals increased—450 percent! The study suggests a staggering cultural taste for applying mental health care to any problem life presents. It also hints at the negative feelings Americans have toward adolescence–we consider it a disease."

The Invention of Adolescence

Discusses adolescence. How 13-year-olds in Shakespeare's time (the 16th century) were considered adults in the eyes of society; How puberty has inched back one year for every 25 years elapsed since the mid-1800s; Comments by Jeanne Brooks-Gunn, Ph.D....

"Epstein says that historically, the “extension of childhood” has served an array of labor, educational, social entrepreneur and political agendas at the expense of trapping teenagers in peer cultures apart from adults. Americans misperceive teenagers as brainless, immature risk-takers, not because they are, but because our culture’s suppression of precocity makes them appear so."

"The author finds that 13- to 17-year-olds score as maturely (or immaturely) as adults do on his “adult competency” and “infantilization” tests, even though American teens suffer more legal restrictions than soldiers and imprisoned felons. His list of dozens of legal and social curbs on teens (curbs that grow by the year) is evidence of an American culture dedicated to “infantilizing teens” more than any other society."

“We are most able to reason clearly in our teens,” Epstein argues. “Teens are highly capable decision-makers – perhaps, on average, more capable than adults.”

"The two most significant institutions that Americans were creating for adolescents: the juvenile court and the democratic high school."

"By the early 1930s, half of all US youth between 14 and 17 was in school; by 1940, it was 79 per cent: astonishing figures when compared with the single-digit attendance at more elite and academically focused institutions in the rest of the Western world."

"By the end of the 20th century, however, the special role of adolescence in US culture began to fall apart. Global competition was making skills acquired in high school obsolete as higher levels of schooled certification became necessary in the workplace. The longtime educational advantage of the US and the competence of its students was challenged as other nations prospered and offered their children schooling that was often superior when measured by international scores."

"It provided neither an effective transition to adulthood nor a valuable commodity for aspiring youth, and was an impediment to those who dropped out. Going to college became a necessary part of middle-class identity, and this complicated the completion of adolescence for everyone. Now that college was held up as essential to economic success, the failure to go to college portended an inadequate adulthood."

"The extension of necessary schooling into the 20s (and sometimes even into the 30s) strongly attenuated the relationship between a stage of physical maturation (puberty) and the social experiences to which it had been attached in the concept of adolescence. And active sexuality, which had been held at bay by a high-school life defined by dating, now intruded earlier and earlier into the lives of the young, while marriage was increasingly delayed. Adolescence was no longer an adequate description of this long postponement of adulthood. It never had been more than an in-between stage, meant to comprise a moratorium of a few years. Americans floundered to find a term to cover the new postponement of maturity. The best they have come up with is Jeffrey Arnett’s ‘emerging adulthood’."

"By the 1990s, the internet made all previous attempts to protect the innocence of children from premature knowledge of adult matters obsolete. Initial attempts to attach age-appropriate labels to movies and music (or keep risky television programmes to later hours) became irrelevant as the computer and, later, hand-held devices opened up the world to the eyes of children whenever they chose. By the 1990s, as a mark of their new sexual autonomy, girls as young as 14 could have abortions without their parents’ consent. Where the 19th century had dwelled on the fantasyland of childhood as a magical kingdom of talking animals, good witches and ‘little people’, children’s minds could now be filled with dystopian fantasies of sex and violence."

"Extending the protections of childhood to a later age, as adolescence had for much of the 20th century, now made no sense since childhood itself was no longer innocent and easily protected. And trying to shield youngsters from responsibility for certain kinds of crimes (that were related to their age), as the juvenile court tried to do, also seemed beside the point. Smoking and loitering on the streets to play dice had been an alarming expression of rambunctious youth in the early 20th century. By the end of that century, Americans and the world witnessed teenagers killing other teenagers, as they did at Columbine High School in Colorado."

"Although we still use the term ‘adolescence’, it’s cultural signals are mostly irrelevant. It no longer describes the period of training required to function as an adult in the 21st century, nor does it distinguish the boundary between the knowledge of children from those who have reached puberty. For parents, adolescence is an untrustworthy way to understand how their teenage children mature."

"The idea of a tentative moratorium that gets resolved once teenagers create stable identities seems far-fetched, since the identities of even those in their 20s and sometimes their 30s are still in flux. Some have blamed helicopter parenting for the long delay in maturity, but regardless of its specific role, the path to adulthood has become much more tangled and uncertain."

"Adolescence was a term that fit the times. As a prescribed norm, it influenced the vast majority of youth between the ages of 13 and 19, whose lived experience was nurtured by a high-school culture that reproduced the same teenage experience throughout the US. Today, more and more young people’s lives do not fit the contours of adolescence, and the institutions of the 20th century have become worn and dated. Parents are left without the intellectual resources to understand how their teenagers and 20-somethings will manage in a future that seems ever more unlike their own." 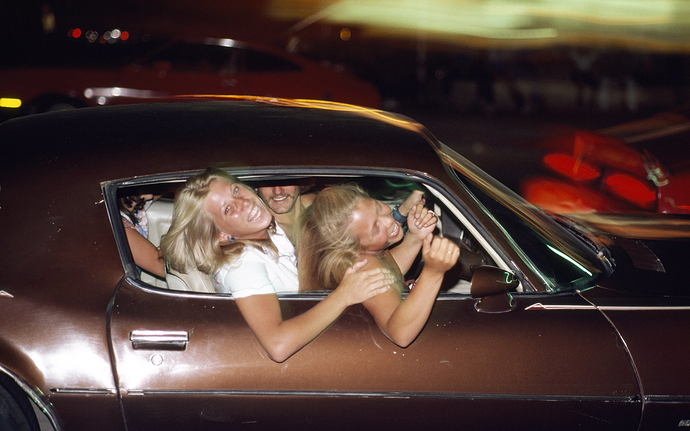 In the 20th century it offered a bridge from the innocence of childhood to the responsibilities of adult life. Not any more

The above article is from the following book: #ad
https://amzn.to/2HqNOVv

"The concept of ‘teenagers’ and the period of adolescence that the word represents is a new contrivance in history. Traditional life looked to children to work even as young as 3 and even as life got a bit easier for some in more modern times, ten year olds were considered old enough to do a full day’s work and most of them were put to work.

People in the past never became teenagers and were not seen to have an adolescent period of life. The first call to recognize a period of life in between childhood and adulthood came from a psychologist G. Stanley Hall who in 1904 wrote a book called Adolescence and said it was a period in between childhood and adulthood characterized by emotional and behavioral confusion.

Traditional life had no time to give over to a period of emotional and behavioral confusion - there was work to be done and never enough food to eat. Marriage came at 15,16, 17 and childbearing started then as well and life was over by 40 if you made it to 40.

Only in the post-industrial world and the easier life that it created - for some - was there time left over to be a teenager. More affluent families did not marry their children off as young as they had previously. The daughters of affluent families never took a job outside the home and spent their older teenage years vying for husbands.

If Dr. Stanley Hall had looked at the world in 1804, he would have seen people of teen age but he would not have seen any teenagers. By 1904, there was time in between school and marriage for some kids and they began to act like teenagers having nothing else to do.

The word ‘teenager’ first appears after World War II which was the first time the concept got into full swing. In the 1930s America mandated high school - prior to that it was a choice to go to high school or go to work and most went to work as their families needed the money. Once high school became a requirement until age 16 and free public high schools became available, it added between two and often four full years of school past ‘grammar school’ and those four years of school became the classic teenage years." ~ Sara Matthews