The Shocking Similarities Between Abraham Lincoln And John F. Kennedy

Both elected to Congress in '46, Lincoln in 1846 and Kennedy in 1946.
Both elected President in ‘60, Lincoln in 1860 and Kennedy in 1960.
Both lost their son while living in the White House.
Both lost a child prior to presidency.
Both had Doctors named Charles Taft despite being two different people 100 years apart.
Both shot in the head on a Friday in the presence of their wives.
#7 associated with both, Lincoln sitting in box #7 at the theater and Kennedy being in car #7.
The law enforcement officers that detained each of their killers both had the last name “Baker”.
Both of their successors after they were assassinated had the last name “Johnson”.
Both people who were guilty for each of their deaths were known by three names, John Wilkes Booth and Lee Harvey Oswald.
Both assassin’s names have 15 letters.
Booth ran from a theater and was caught in a warehouse.
Oswald ran from a warehouse and was caught in a theater.
Both assassins were assassinated before they went to trial.
Lincoln was shot in the ford theatre, and Kennedy was shot on a Lincoln made by ford.
Lincolns’ secretary’s last name was Kennedy and Kennedys secretary’s last name was Lincoln 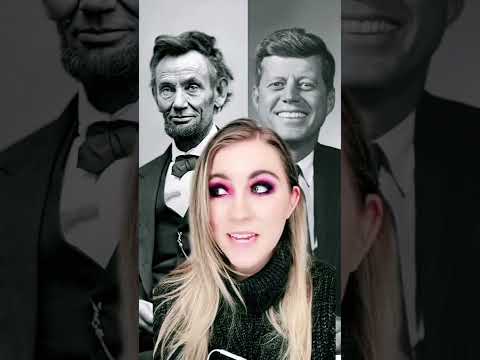