It’s becoming more and more clear that a Harvard degree offers a major in corruption with a minor in indoctrination as many of the most corrupt people on the planet are well connected to Harvard, including Bill Gates, who dropped out to focus on building Microsoft. Bill Gates is the frontman for Coronavirus which he why he just recently stepped down from Microsoft on Friday the 13th of March 2020 out of all dates to focus on “philanthropy”. The Bill & Melinda Gates Foundation has funded the entire global pandemic we are in now, from beginning to end, so now the world is on lockdown awaiting his forced Coronavirus vaccine.

Will this Harvard Chemistry Department Head be remembered as the Aldrich Ames of the new 'Cold War' with China?

The Department of Justice announced today that the Chair of Harvard University’s Chemistry and Chemical Biology Department and two Chinese nationals have been charged in connection with aiding the People’s Republic of China.

Check out Bill Gates Instagram, the world is calling him out on his corruption with hundreds of thousands of comments exposing him and his corrupt foundation:

Meanwhile, Harvard University is the richest school in the world with the largest endowment in the country with their $40 Billion Endowment Fund, but yet they are taking millions in taxpayer money for the Coronavirus even though the school is closed while millions of people are destitute and thousands of small family-owned businesses are closing for good. It gets even worse as Harvard is laying off workers without pay. It’s literally a hedge fund for Indoctrination:

Harvard University will receive nearly $9 million in aid from the federal government through the Coronavirus Aid, Relief, and Economic Security Act, the Department of Education announced last week.

Harvard University, which has the largest endowment of any school in the country, is cutting its subcontracted dining hall workers without pay.

And while all the schools around the country are closed due to the Coronavirus, this Harvard Professor is recommending banning homeschooling:

It sounds like the government needs their slaves back. Parents really need to question sacrificing their children to the indoctrination camps. The only time the purpose of school was more obvious was when compulsory schooling first began. The whole world is finally realizing that schools and teachers are NON-ESSENTIAL. It’s time to abolish compulsory schooling! Click tweets to see comments: [HM_MJ20_Page_03_Image_0001] Here are a couple great responses to this article: … 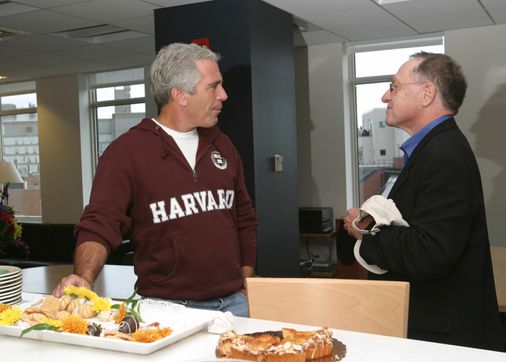 The university, which Epstein never attended, helped bolster the financier’s status, even as he committed serious crimes.

And apparently the Harvard President and his wife have tested positive for Coronavirus:

Harvard University's president and his wife have tested positive for the...

As the president of Harvard University announces that he and his wife have the coronavirus, seniors reckon with a final semester cut short.

Harvard's president and his wife test positive for coronavirus

Harvard President Lawrence S. Bacow said he and his wife have tested positive for coronavirus.

Obama just stated "he didn't take school seriously, made bad choices and GOT HIGH" - then how the hell did he get into Columbia & Harvard?

Elizabeth Warren falsely claimed she was Native American to get accepted into Harvard with a Scholarship:
https://www.foxnews.com/opinion/elizabeth-warren-is-a-fraud-her-lies-about-being-native-american-disqualify-her-from-presidency-senate