"Our Society Is Run By Insane People" | John Lennon

"Our society is run by insane people for insane objectives. I think we’re being run by maniacs for maniacal ends. I think they’re all insane. But I’m liable to be put away as insane for expressing that. That’s what’s insane about it." ~ John Lennon

And then he was killed! RIP 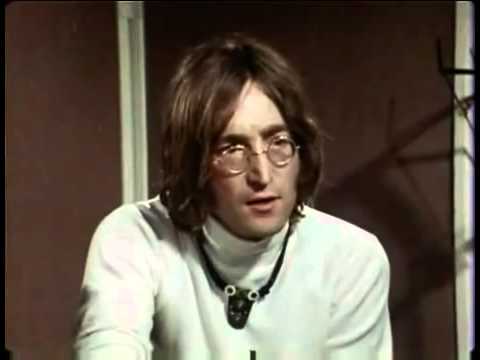 “The more real you get the more unreal the world gets.” ~ John Lennon

“When the whole world is running towards a cliff, he who is running in the opposite direction appears to have lost his mind.” ~ C. S. Lewis

"Insanity in individuals is something rare - but in groups, parties, nations and epochs, it is the rule." ~ Friedrich Nietzsche

"Many psychiatrists and psychologists refuse to entertain the idea that society as a whole may be lacking in sanity. They hold that the problem of mental health in a society is only that of the number of ‘unadjusted’ individuals, and not of a possible unadjustment of the culture itself." ~ Erich Fromm