The Shocking Truth About Christian Schools

I often talk to parents who send their children to Private Christian Schools naively thinking they are immune from the horrors of public and secular Private Schools. Ironically, these are some of the worst schools completely devoid of true biblical prophecy while masquerading as Christ centered institutions.
Private Christian Schools are really no different than any other private school considering they are registered and subsidized by the government.

Private Christian Schools are akin to Joel Osteen’s Lakewood Church. Pastor Joel Osteen has $100 Million Net Worth! The truly mind blowing fact about Private Christian Schools is they shun those who can’t afford the costly tuition which is rather Unchristlike. Clearly, they took the old school church schoolhouse model where children used to be educated in churches way too far to the point they are completely disconnected from churches and have become all about the money. The moment they took the school out of the church is when greed (Satan) won.

“For the love of money is the root of all evil: which while some coveted after, they have erred from the faith, and pierced themselves through with many sorrows.” ~ 1 Timothy 6:10

"They promise them freedom but they themselves are slaves of corruption. For whatever overcomes a person, to that he is enslaved." ~ 2 Peter 2:19

Which day of worship does your Church acknowledge as the Sabbath? Most are non-profit government registered and are the exact opposite of what most people think they are. Most of all these churches are pure theater worshipping the beast.
Sunday - The Perfect Deception

Most churches & Private Christian Schools closed down for COVID lockdowns while the casinos and drug centers stayed open because these are government organizations regulated by the government. They view the government as their supreme authority instead of God which is why they have so many people fooled because they worship Satan as the “Angel of Light”. The same could be said for those who worship the government (Satan). There are many churches that operate independently and are not registered with the government as a 501c3. The best way to educate your children about God is to read the Holy Bible with them, not pay outrageous sums to false prophets to prey upon your children. Pray NOT Prey!

"Jesus answered them, “You are deceived, because you don’t know the Scriptures or the power of God." ~ Matt 22:29

"But in vain they do worship me, teaching for doctrines the commandments of men." ~ Matthew 15:9

"And many false prophets will arise and lead many astray." ~ Matthew 24:11

"But even if we or an angel from heaven should preach to you a gospel contrary to the one we preached to you, let him be accursed." ~ Galatians 1:8

"For the time will come when people will not put up with sound doctrine. Instead, to suit their own desires, they will gather around them a great number of teachers to say what their itching ears want to hear. They will turn their ears away from the truth and turn aside to myths." ~ Timothy 4:3-4

"He will oppose and will exalt himself over everything that is called God or is worshiped, so that he sets himself up in God’s temple, proclaiming himself to be God." ~ Thessalonians 2:4

"And in their greed they will exploit you with false words." ~ 2 Peter 2:3

“Beware of false prophets, who come to you in sheep’s clothing but inwardly are ravenous wolves." ~ Matthew 7:15

"But false prophets also arose among the people, just as there will be false teachers among you, who will secretly bring in destructive heresies, even denying the Master who bought them, bringing upon themselves swift destruction." ~ 2 Peter 2:1

"For such men are false apostles, deceitful workmen, disguising themselves as apostles of Christ. And no wonder, for even Satan disguises himself as an angel of light. So it is no surprise if his servants, also, disguise themselves as servants of righteousness. Their end will correspond to their deeds." ~ 2 Corinthians 11:13-15

The Devil masquerades as an angel of light 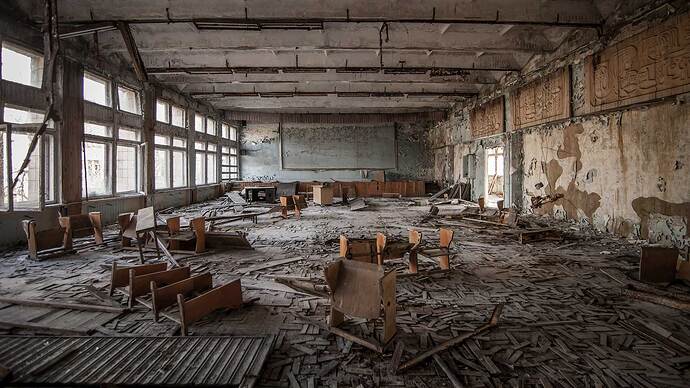 If I have learned anything at all in my career as an educator, it is this: Whom the gods would destroy, they first subsidize.

"The most common mistake Christians make in worship today is seeking an experience rather than seeking God." ~ Rick Warren

"What is wrong with Christianity is that it refrains from doing all those things that Christ commanded should be done." ~ Friedrich Nietzsche

"In truth, there was only one christian and he died on the cross." ~ Friedrich Nietzsche

"When any government, or any church for that matter, undertakes to say to its subjects, This you may not read, this you must not see, this you are forbidden to know, the end result is tyranny and oppression no matter how holy the motives." ~ Robert A. Heinlein

“Religion is regarded by the common people as true, by the wise as false, and by rulers as useful.” ~ Seneca

“Intelligent people are always ready to learn. Their ears are open for knowledge.” ~ Proverbs 18:15

“Governments want efficient technicians, not human beings, because human beings become dangerous to governments – and to organized religions as well. That is why governments and religious organizations seek to control education.” ~ Jiddu Krishnamurti

"If it’s wrong—and it is—for the government to intrude into the churches of our nation, to reshape and affect their basic doctrine and teaching, then it is just as wrong for that same government to be the sponsor of the worldview and values of 90 percent of all our nation’s children." ~ Joel Belz [Publisher, World Magazine, October 9, 2004]

“You have been programmed to resist the very person that is here to set you free, from the prison of your Mind… You are not free… everything you are has been manufactured by Minds that have not your best interest. You are imprisoned by beliefs and not reality. Religions are mental programs to imprison your Mind.” ~ -SOL 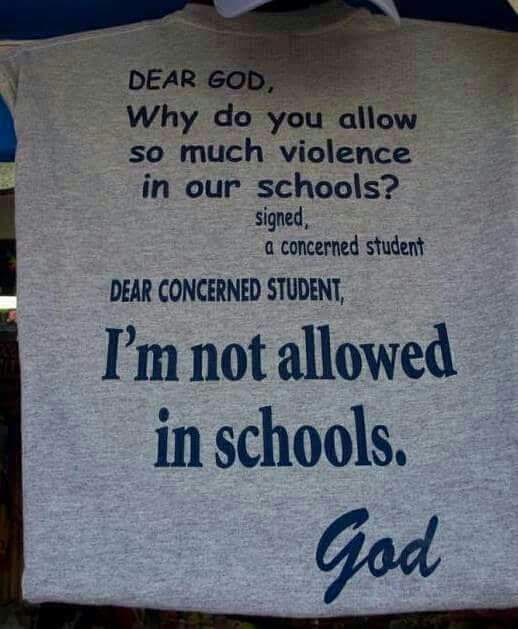 Fact Check: “Christianity” and the Christian Religion is NOT Found in the...

Over 11 years ago I published an article on the English word "Christian," explaining how I had stopped using that term to refer to myself, since it is a term with very many different meanings and understood in probably thousands of different ways. I... 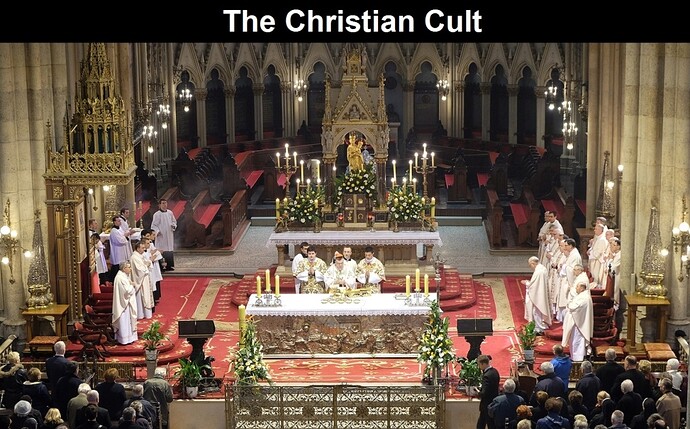 "In all countries, in all centuries, the primary reason for government to set up schools is to undermine the politically weak by convincing their children that the leaders are good and their policies are wise. The core is religious intolerance. The sides simply change between the Atheists, Catholics, Protestants, Unitarians, etc., depending whether you are talking about the Soviet Union, the Austro-Hungarian Empire, America, etc. A common second reason is to prepare the boys to go to war and the girls to cheer them on.

It may be a jarring statement, but for more than three full lifetimes—the 220 years from the 1620s to the 1840s—most American schooling was independent of government control, subsidy, and influence. From this educational freedom the American Republic was born. Now, after 150 years of tax-financed schooling, we see more and more children failing to grow into responsible, caring, competent adults. A movement is growing to reclaim the American tradition of family responsibility in education by returning to the separation of school and state.

Charter schools are just public schools on a slightly longer leash. A dog on a long leash is still a dog on a leash.

I want every child in America, especially the children of the poor, to be able to go to a better school than they do today. And I think separation is the way to do it.

For more than 220 years – from the 1620s to the 1840s – most American schooling was independent of government control, subsidy, and influence. From this educational freedom the American Republic was born.

We birthed this republic a lifetime before there was any compulsory attendance in America, and since the beginning of the compulsory attendance legislation in 1852, I think we’ve seen much of the essence of this republic slip between our fingers. In a free country, the state does not compel the parents to send their children to school. We are not the chattels of the state.

Public schools are based on four false premises: 1. Welfare works, 2. Socialism works, 3. Parents have insufficient wisdom, and 4. We can teach character without mentioning God. We need to replace those false premises with truisms, and the truisms I suggest are: 1. Responsibility works, 2. Freedom works, 3. Parents have more wisdom than politicians, and 4. To teach character, we must integrate three factors: the reason for morality, examples of morality, and instruction in morality.

Today’s schools are trying to teach kids to be good, but if Johnny says, “Why should I be good, Mrs. McLumphy?” she cannot give him a real, significant answer. Everything she says is shallow, because to give a significant answer is to undermine some segment of that classroom. So we are pretending we can teach children how without teaching them why.

Our society is falling like a streamlined brick into a cesspool of violence, into a sort of hedonism on steroids, into a shortsightedness that will truly become a culture of death. We look with disgust at Andersonville, Aushwitz and the gulag: if we do not reverse this culture, we are looking at our future. State schools are the reproductive organs of statism. The separation of school and state is part of the reversal of the idolatry of government.

When the Pharisee admitted the coin was made in the image of Caesar, Jesus told him to render unto Caesar what is Caesar’s and unto God what is God’s. I ask my fellow Christians, ‘Are your children made in the image of Caesar? If not, why do you render these innocents to Caesar for six hours per day, 180 days per year, for 13 years? – quoted in the Plano Star Courier

The formation of a child into a responsible adult is a full time activity." ~ Marshall Fritz, [founder of the Alliance for the Separation of School and State (1943-2008)]