“The ONLY thing you’re prepared for after 12 years of school is MORE school.” ~ Corné van Straten

“College is extra school for people too dumb to learn the first time around.” ~ Tara Westover, [Educated]

“Most people who were educated have become the “problems” instead of problem solvers.” ~ Israelmore Ayivor, [Leaders’ Frontpage: Leadership Insights from 21 Martin Luther King Jr. Thoughts]

"Some people get an education without going to college. The rest get it after they get out." ~ Mark Twain

"College is a place where a professor’s lecture notes go straight to the students’ lecture notes, without passing through the brains of either." ~ Mark Twain

"Every man should have a college education in order to show him how little the thing is really worth." ~ Elbert Hubbard

"Going to university should be a truth-seeking enterprise. Instead, universities are turning into ideology mills. What’s the point of a university if it just deepens the ideas you already have?" ~ Peter Boghossian on the death of free thought on campus 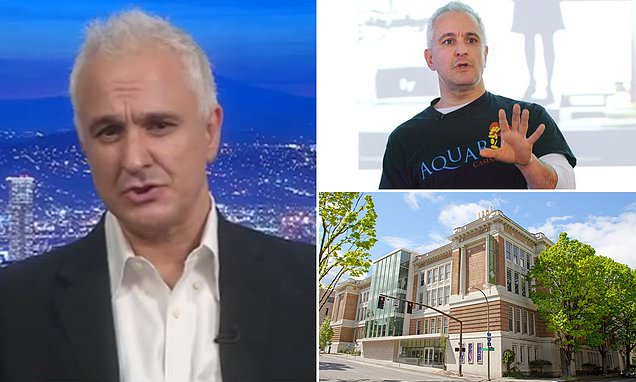 Portland State professor who resigned over wokeism speaks out

Peter Boghossian was a full-time assistant professor of philosophy at Portland State University for 10 years until resigning this week, and says the school is a 'dogma factory' that bars free inquiry. 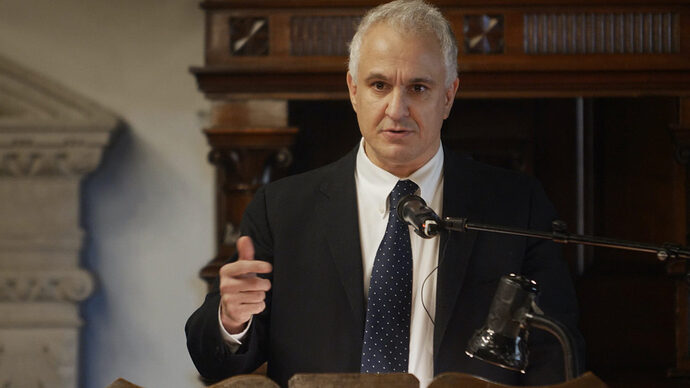 ‘Universities are turning into ideology mills’

Peter Boghossian on why he resigned from Portland State University.

"I hate when people confuse education with intelligence. You can have a bachelor’s degree and still be an idiot.” ~ Elon Musk

Academia is a scam that wisdom is simply paid for! Debt Slaves

“You wasted $150,000 on an education you coulda got for a buck fifty in late charges at the public library.” ~ Good Will Hunting

"College students would be better off making money instead of spending money they don’t have. You don’t get ahead by getting behind." ~ “Unschooling.com”

“No matter how much you learn in college, it never prepares you for the real world.” ~ Donald Allen, [Bill Gates’ Top 15 Secrets For Success In Life And Business: Rationed Short Guide For Mature Minds That Seek Good Advice And Not To Be Lectured]

“Usually when you ask somebody in college why they are there, they’ll tell you it’s to get an education. The truth of it is, they are there to get the degree so that they can get ahead in the rat race. Too many college radicals are two-timing punks. The only reason you should be in college is to destroy it.” ~ Abbie Hoffman, [Steal This Book]

"If you have a high school diploma…and can walk and talk…you can graduate from college" ~ Jerome Murphy, Dean of Harvard’s School of Education , 1998

“Every year, many, many stupid people graduate from college. And if they can do it, so can you.”~ John Green

"The schools are Religious institutions, NOT Methodist or Catholic, but they are designed to protect the Religion of the Elite." ~ Professor William Deresiewicz

“Education is a private matter between the person and the world of knowledge and experience, and has little to do with school or college.” ~ Lillian Smith

“You see, in this country are a number of youths who do not like to work, and the college is an excellent place for them.” ~ L. Frank Baum, [Ozma of Oz]

"College isn’t the place to go for ideas." ~ Helen Keller

"I was a first-generation college student. This was supposed to be the ticket to prosperity. But it wasn’t. I left college with a mountain of debt and no practical skills." ~ Candace Owens

"The discipline of colleges and universities is in general contrived, not for the benefit of the students, but for the interest, or more properly speaking, for the ease of the masters." ~ Adam Smith

“Many who are self-taught far excel the doctors, masters, and bachelors of the most renowned universities.” ~ Ludwig von Mises

"Being considerate of others will take your children further in life than any college degree." ~ Marian Wright Edelman

"I feel that this country is being destroyed by its philosophy, specifically by its universities. The most dangerous things in this country today are the universities because they are teaching the kinds of ideas that would necessarily have to lead to the destruction of this country." ~ Ayn Rand

“College is the best time of your life. When else are your parents going to spend several thousand dollars a year just for you to go to a strange town and get drunk every night?” ~ David Wood

"What is the task of higher education? To make a man into a machine. What are the means employed? He is taught how to suffer being bored." ~ Friedrich Nietzsche

"The purpose of a college education is to give you the correct view of minorities, and the means to live as far away from them as possible.” ~ Joseph Sobran

“We are shut up in schools and college recitation rooms for ten or fifteen years, and come out at last with a bellyful of words and do not know a thing.” ~ Ralph Waldo Emerson

“College was for people who didn’t know they were smart.” ~ Stephen King, [Mr. Mercedes]

“With all the pious talk about “tolerance” in the media and in academia, there is virtually none for those who challenge the dogmas of political correctness in most of our colleges and universities.” ~ Thomas Sowell

"I guess I lived it up and did what everyone said you should do in college. I discovered the depth of depravity, the bleakness of that lifestyle. It just wasn’t working. I finally started understanding there must be more to life." ~ Mat Kearney {College dropout, now famous singer}

"There is no college for the conscience." ~ Theodore Parker

“I graduated from college in the spring with a history degree, only to discover that there are no jobs for someone with my specialty. We’ve all decided being doomed to repeat history is fine, I guess.” ~ Gwenda Bond, [Not Your Average Hot Guy]

"Have you noticed how many well educated people are not very intelligent?" ~ Deryl Lynn

@
Have you noticed how many well educated people are not very intelligent ?

Famous College Dropouts Dropouts.com Actors & Actresses Ashton Kutcher (Ashton enrolled in the University of Iowa in 1996 to study biochemical engineering, but after being discovered by a talent scout the next year, he dropped out to pursue modeling and acting.) Jessica Biel (The actress left Tufts University to play the role of Erin the 2003 remake of “Texas Chainsaw Massacre.”) Mila Kunis (Mila briefly attended UCLA while filming, That 70’s Show, but eventually dropped out after findin…

Unless your going to college to be a Doctor or Lawyer, the reality is that most all college degrees are useless in the real world. Unless you plan on being stuck in the school system your entire life going from student to teacher with no real world experience outside of schooling using your indoctrination to indoctrinate the next generation. If your degree doesn’t have real world application and teach you real life skills, it’s useless. The world needs people to solve real world problems, not G…