Schooling survives on fear. Fear that you wont make it in the real world if you don’t get good grades in the fake world of schooling. Schools instill a deep fear of failure by punishing failure and rewarding obedience when failures are what lead to success.

“I think the big mistake in schools is trying to teach children anything, and by using fear as the basic motivation. Fear of getting failing grades, fear of not staying with your class, etc. Interest can produce learning on a scale compared to fear as a nuclear explosion to a firecracker.” ~ Stanley Kubrik

“One of my early memories of school is wondering when they were going to start teaching me the things I didn’t know, rather than what I already knew. Many years later, I began to understand how, insidiously, school had reinforced my inadequacies and had left me with what I now call ‘learned incompetency’ and a fear of not being able to do things ‘right’ the first time.” ~ Wendy Priesnitz

"Fear doesn’t exist anywhere except in the mind." ~ Dale Carnegie

“Fear again. If you want to control someone, all you have to do is to make them feel afraid.” ~ Paulo Coelho

"Too many of us are not living our dreams because we are living our fears." ~ Les Brown

“The fears we don’t face become our limits” ~ Robin Sharma

"He who has overcome his fears will truly be free." ~ Aristotle

"Fear is the enemy of logic." ~ Frank Sinatra

“To live a creative life, we must lose our fear of being wrong.” ~ Joseph Chilton Pearce

"A man who fears suffering is already suffering from what he fears." ~ Michel de Montaigne

"FEAR is an acronym in the English language for ‘False Evidence Appearing Real’." ~ Neale Donald Walsch

"The greatest mistake we make is living in constant fear that we will make one." ~ John C. Maxwell

"One of the greatest discoveries a man makes, one of his great surprises, is to find he can do what he was afraid he couldn’t do." ~ Henry Ford

"Courage is resistance to fear, mastery of fear, not absence of fear." ~ Mark Twain

"He who is not everyday conquering some fear has not learned the secret of life." ~ Ralph Waldo Emerson 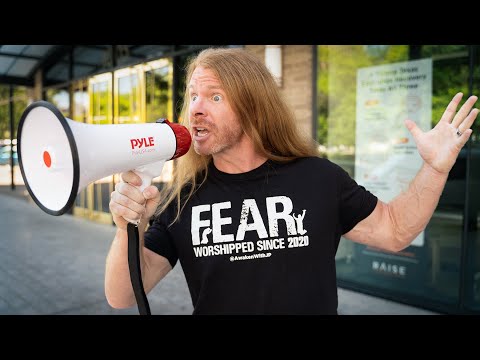 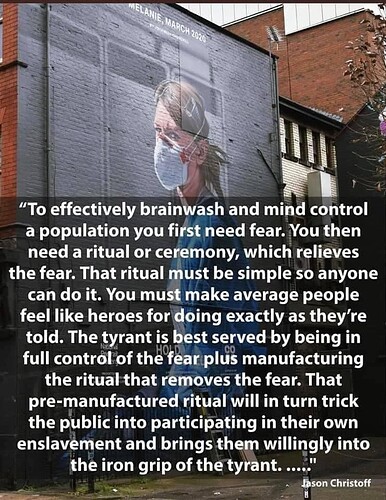 This comment is spot on and this video is from 2015… "The quote from “They Thought They Were Free” is an apt description for today." "The truth is terrifying to those who live a lie." [Fear and Social Control]

Are you waiting for the government to tell you it’s safe to start living again? Remember 2 weeks to flatten the curve? If you are STILL living your life in fear because the government told you to do so, then you really need to start educating yourself, learning about our true history, otherwise you will be just another casualty of a corrupt government run amuck. "According to psychiatrist and medical legal expert Dr. Mark McDonald, the true public health crisis is not COVID-19 itself; rather, …

To Control Your Life, Control What You Pay Attention To Stories & Articles

Understanding How Your Being Controlled By Others, Not Living Life Your Own Way Videos & Podcasts

[Understanding How Your Being Controlled By Others, Not Living Life Your Own Way...] Full Video The Psychological Impact of Negative and Positive motivation on the Mind. Analysis behind the reason of what we do and why. Making the right changes in your life to find true personal happiness. [Healthy Guide on True Happiness, Living Your Life's Dreams (Full Video)]

Tell-A-Vision programming indoctrinates kids. Watching TV teaches kids to consume rather than create. ___________________________________________________ "Television and school – they do exactly the same thing in slightly different ways - even the wonderful stuff…both being abstractions retard the capacity for that critical examination." ~ John Taylor Gatto, [Everything We Think About Schooling Is Wrong!, Page 13] “Why do so many Americans say they want their children to watch less TV, yet…