"Rewards and punishments are the lowest form of education." ~ Zhuang Zhou (Taoist Master) 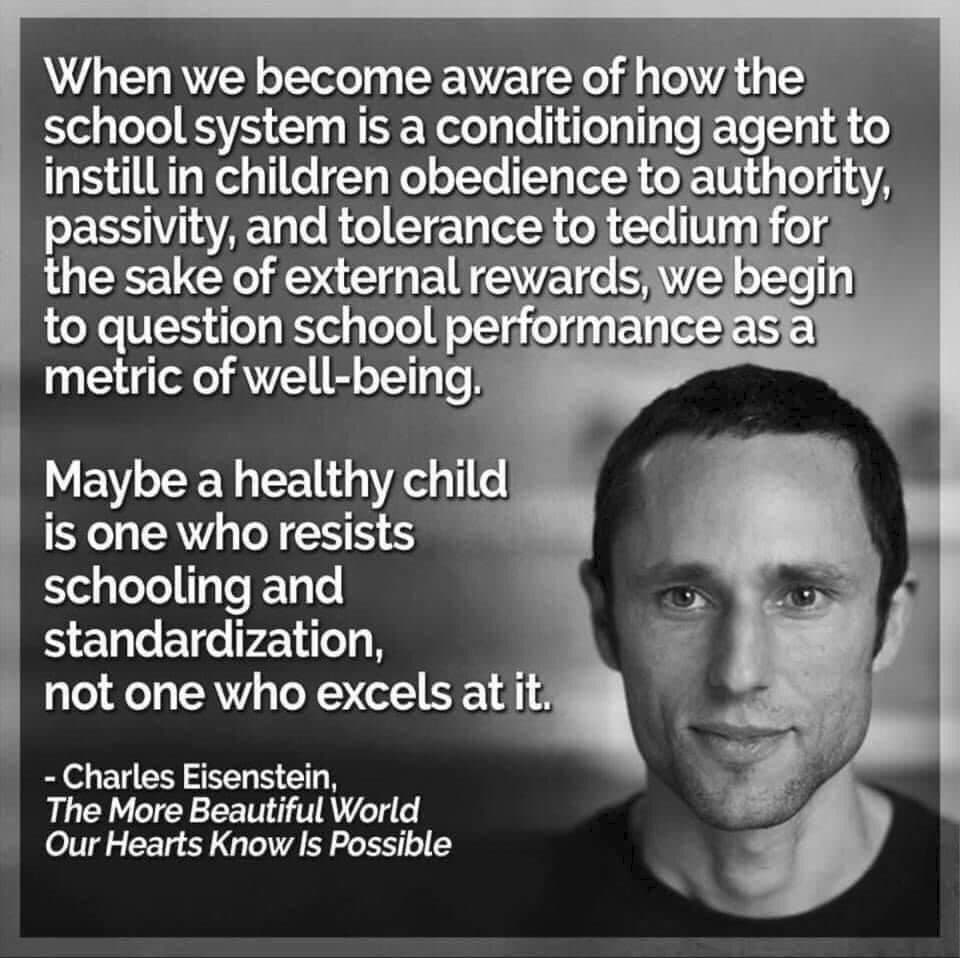 “Schooling that children are forced to endure—in which the subject matter is imposed by others and the “learning” is motivated by extrinsic rewards and punishments rather than by the children’s true interests—turns learning from a joyful activity into a chore, to be avoided whenever possible. Coercive schooling, which tragically is the norm in our society, suppresses curiosity and overrides children’s natural ways of learning. It also promotes anxiety, depression and feelings of helplessness that all too often reach pathological levels.” ~ Peter O. Gray

“This idea that children won’t learn without outside rewards and penalties, or in the debased jargon of the behaviorists, “positive and negative reinforcements,” usually becomes a self-fulfilling prophecy. If we treat children long enough as if that were true, they will come to believe it is true. So many people have said to me, “If we didn’t make children do things, they wouldn’t do anything.” Even worse, they say, "If I weren’t made to do things, I wouldn’t do anything.

It is the creed of a slave.” ~ John Holt, [How Children Fail]

"School, politics, sports, and games train us to compete against others. True rewards - wealth, knowledge, love, fitness, and equanimity - come from ignoring others and improving ourselves." ~ Naval

"Most of the behaviors you were punished for in school will reward you later in life. The second you leave the classroom, you have to unlearn what the education system put in your head to get ahead."

"Schools reward discipline and obedience, and they punish independence of mind…because you’re not supposed to think, you’re supposed to obey, and just proceed through the material in whatever way they require." ~ Noam Chomsky

"I wish more people understood how shallow of a victory it is to have children who are well behaved because of fear of punishment." ~ Carissa Serrell

“The schools we have now are committed to control through punishments and rewards—sorting, ranking, competition, and the treatment of young people as objects to be acted upon rather than human beings who themselves act in and on the world.” ~ Carla Shalaby

"Many well behaved children are not truly self-regulated; They are afraid." ~ Iris Chin

“Discipline is helping a child solve a problem. Punishment is making a child suffer for having a problem. To raise problem solvers, focus on solutions, not retribution.” ~ L.R. Knost

“So often children are punished for being human. Children are not allowed to have grumpy moods, bad days, disrespectful tones, or bad attitudes. Yet, us adults have them all the time. None of us are perfect. We must stop holding our children to a higher standard of perfection than we can attain ourselves.” ~ Rebecca Eanes

“When we consider a child’s natural interest in things, we begin to realize the dangers of both reward & punishment. Rewards & punishment tend to pressure a child into interest…True interest is the life force of the whole personality, &…is completely spontaneous.” ~ A.S. Neill

"People are born with intrinsic motivation, self-respect, dignity, curiosity to learn, joy in learning. The forces of destruction begin with toddlers – a prize for the best Halloween costume, grades in school, gold stars – and on up through the university." ~ Peter M. Senge [The Fifth Discipline: The Art & Practice of the Learning Organization]

"When we set children against one another in contests - from spelling bees to awards assemblies to science “fairs” (that are really contests), from dodge ball to honor rolls to prizes for the best painting or the most books read - we teach them to confuse excellence with winning, as if the only way to do something well is to outdo others. We encourage them to measure their own value in terms of how many people they’ve beaten, which is not exactly a path to mental health. We invite them to see their peers not as potential friends or collaborators but as obstacles to their own success…Finally, we lead children to regard whatever they’re doing as a means to an end: The point isn’t to paint or read or design a science experiment, but to win. The act of painting, reading, or designing is thereby devalued in the child’s mind." ~ Alfie Kohn [The Myth of the Spoiled Child]

“We destroy the love of learning in children, which is so strong when they are small, by encouraging and compelling them to work for petty and contemptible rewards, gold stars, or papers marked 100 and tacked to the wall, or A’s on report cards, or honor rolls, or dean’s lists, or Phi Beta Kappa keys…in short, for the ignoble satisfaction of feeling that they are better than someone else." ~ John Holt

“If you’re a ‘nice’ teacher, and you’re not 100% clear that most of your students are in your room by force, under threat of punishment, up to and including the use of police power, you’re gaslighting them. You can only freely choose what you’re free to walk away from.” ~ Carol Black

"What if, instead of trying to force a child to learn, we aided them in doing something that they are naturally inclined to do? What if we supported and facilitated their interests instead of persistently trying to redirect it, applying punishments and judgments?"
How “Unschooling” Can Benefit Your Child and the World 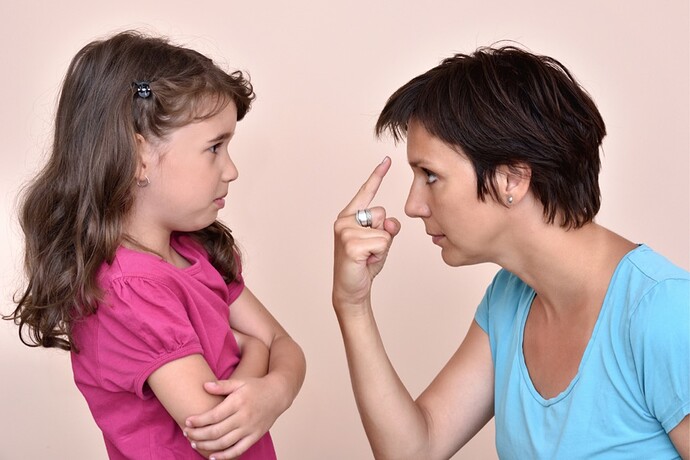 Instead of relying on rewards and cosequences, we find children’s challenging behaviors decrease when we properly meet their relational and emotional needs.

Drive: The Surprising Truth About What Motivates Us Tools & Resources

#ad https://amzn.to/35Gwcyj [RSA ANIMATE: Drive: The surprising truth about what motivates us] 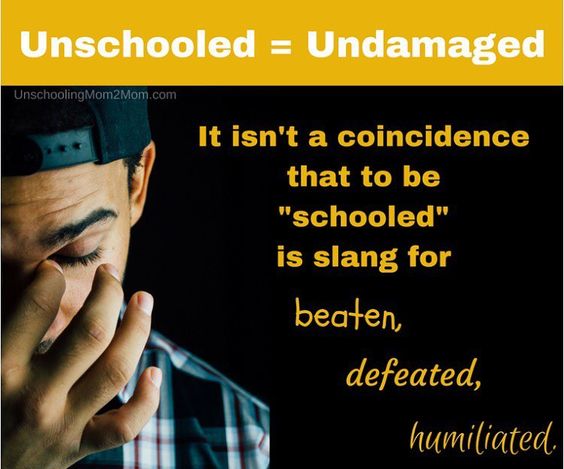 A High School Diploma is a Participation Trophy! [Classic Stossel: Everyone Gets a Trophy] https://www.washingtonpost.com/news/the-fix/wp/2014/08/20/meet-the-participation-trophy-generation/

Instead of Medicating and Punishing: Healing the Causes of Our Children's Acting-Out Behavior by Parenting and Educating the Way Nature Intended Tools & Resources

Living by Principles Instead of by Rules Stories & Articles

“Children who live surrounded by rules, instead of learning about principles, end up becoming adept at getting around rules, finding the loopholes in rules, disguising non-compliance, or deflecting blame for non-compliance (i.e. lying about what they did). These are the skills that they then bring into adult life.” ~ Robyn Coburn "Often a child’s very gifts (his great intensity of feeling, depth of experience, curiosity, intelligence, quickness—and his ability to be critical) will confront …

Children learn from their experiences through natural consequences which comes from respecting their rights and instilling good values. Obedience and punishments serve only to hamper their natural growth and development. "There is only one basic human right, the right to do as you damn well please. And with it comes the only basic human duty, the duty to take the consequences." ~ P. J. O’Rourke "The thing about natural consequences is that you don’t make them happen. They are the consequenc…

Schooling survives on fear. Fear that you wont make it in the real world if you don’t get good grades in the fake world of schooling. Schools instill a deep fear of failure by punishing failure and rewarding obedience when failures are what lead to success. "Fear of death has replaced love of life." ~ Daniel Alexander “Society is splitting in two. People who are driven by fear who want to be ruled over, and people who are driven by love and want to be free.” "At the root of most fear is …

"Competition in our education system is a zero sum game in which the success of one person is based on the failure of others." “We compete not because we are born that way but because we are raised that way”. Research shows that children in non-competitive environments are much more innovative, creative and productive as opposed to those in a competitive environment." "First, competition often makes kids anxious and that interferes with their concentration. Second, competition doesn’t permit t…

Why Kids Are Suffering
In The Real World, There's Success & Failure, NOT Grades
13 Reasons Why Not to Go to School
Dr. Gabor Maté on Parenting and Raising Healthy Children
How I View Punishment
Missouri School District Reinstates Spanking As Punishment: 'We've Had People Actually Thank Us'
The Five C’s Of Education