'Pull That Plug': GOP Congressman Says It's Time To Abolish Department of Education 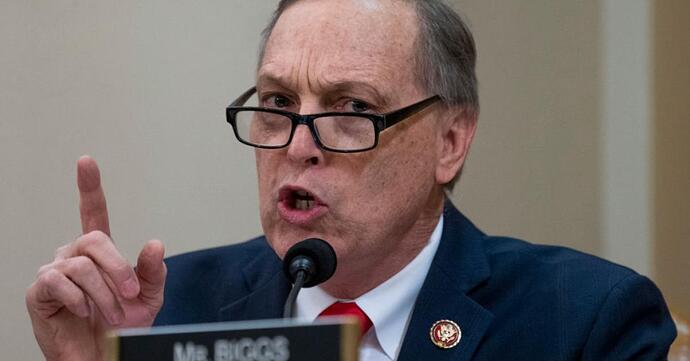 'Pull that plug': GOP congressman says it's time to abolish Department of...

Both the Democrats and the Republicans have a "spending problem," said Arizona Rep. Andy Biggs, chairman of the House Freedom Caucus.

Another one of Trump’s campaign promises that he never fulfilled.

Rand Paul also introduced a Bill to Terminate the Department of Education back in December 2020:

Since The United States Secretary of Education is the head of the Department of Education, closing the DOE would mean we wouldn’t have anymore corrupt Secretary’s of Education as the position would be gone.

Betsy’s father in-law founded Amway, the multi-level marketing company, which is one of the oldest MLM companies still in business. Her husband Dick Devos is the CEO of Amway. Betsy’s brother Erik Prince is the founder of Blackwater USA, an American private military company that works with the CIA. This is a prime example of an oligarchy Betsy is a billionaire in a position of power with many conflicts of interests, do you really think she cares about your education? Betsy is in cahoots with p…

However, the current bloated government couldn’t exist without its brainwashing machine so my faith in seeing the DOE demolished is slim, especially considering Trump didn’t do it as President even though he promised. Just like no politician is going to End The Fed.

"Schools brainwash children so politicians can control them." ~ Unschooling.com "The best way for kids to learn about politics is by going to a puppet show!" ~ Unschooling.com Politicians are Selected, NOT Elected! “No one is going to give you the education you need to overthrow them. Nobody is going to teach you your true history, teach you your true heroes, if they know that that knowledge will help set you free.” ~ Assata Shakur "Government involvement in education must be abol…

You would think the Plandemic disrupted the corrupt education establishment to the point it would change after 100+ years of doing things the same way, but sadly most people just want to get back to ‘normal’ even if it means sending their masked children back to the Dept. of Indoctrination Camps where they have been force vaccinated for decades, not realizing we’re not going back to normal.