"Schools brainwash children so politicians can control them." ~ Unschooling.com

"The best way for kids to learn about politics is by going to a puppet show!" ~ Unschooling.com

Politicians are Selected, NOT Elected!

“Voting is not a right. It is a method used to determine which politician was most able to brainwash you.” ~ Dennis E. Adonis

“It isn’t a coincidence that governments everywhere want to educate children. Government education, in turn, is supposed to be evidence of the state’s goodness and its concern for our well-being. The real explanation is less flattering. If the government’s propaganda can take root as children grow up, those kids will be no threat to the state apparatus. They’ll fasten the chains to their own ankles.” ~ Lew Rockwell

"The government exists for only ONE purpose and that is to preserve our freedom. Everything else that the government does is illegitimate, immoral, and not authorized by the Constitution." ~ Judge Andrew Napolitano [What Ever Happened To The Constitution? - Mises U Lecture 2010]

"Government involvement in education must be abolished. A natural order in education means that it is entirely a family matter." ~ Hans Herrmann Hoppe (American-German Economist)

"The issue today is the same as it has been throughout all history, whether man shall be allowed to govern himself or be ruled by a small elite." ~ Thomas Jefferson

"No man is good enough to govern another man without his consent." ~ Abraham Lincoln

“Government is a disease masquerading as its own cure.” ~ Robert LeFevre

“The urge to save humanity is almost always only a false-face for the urge to rule it.” ~ H.L. Mencken

“We who are engaged in the sacred cause of education are entitled to look upon all parents as having given hostages to our cause.” ~ Horace Mann

“A tax-supported, compulsory educational system is the complete model of the totalitarian state.” ~ Isabel Paterson, [God of the Machine]

"The welfare of humanity is always the alibi of tyrants." ~ Albert Camus

“Only a fool would let his enemy teach his children!” ~ Malcolm X

"A two-party system, the lesser of two dangers, the illusion of choice. A veiled form of fascism where nothing really ever changes and you never had a voice." ~ Prince

"If you go into politics poor, and you come out rich, you’ve been stealing.” ~ President Truman

"The natural progress of things is for liberty to yield and government to gain ground." ~ Thomas Jefferson

"It is far better to be free to govern or misgovern yourself than to be governed by anybody else." ~ Kwame Nkrumah

"You can’t make socialists out of individualists. Children who know how to think for themselves spoil the harmony of the collective society which is coming, where everyone is interdependent." ~ John Dewey [The Father of American Education]

“In the US, there is basically one party - the business party. It has two factions, called Democrats and Republicans, which are somewhat different but carry out variations on the same policies. By and large, I am opposed to these policies. As is most of the population.” ~ Noam Chomsky

"A man is no less a slave because he is allowed to choose a new master once in a term of years." ~ Lysander Spooner

"It is not in the nature of politics that the best men should be elected. The best men do not want to govern their fellowmen." ~ George MacDonald

“In politics, nothing happens by accident. If it happens, you can bet it was planned that way.” ~ Franklin D. Roosevelt

“If voting made any difference they wouldn’t let us do it.” ~ Mark Twain

"That government is best which governs the least." ~ Henry David Thoreau

"The election is not decided by those who cast votes, it rests with those who count the votes. It doesn’t matter whom they vote for, they always vote for us." ~ Josef Stalin

"Everything the State says is a lie, and everything it has it has stolen." ~ Friedrich Nietzsche

"The policy-making process of American politics is dominated by economic elites. The wants and needs of the Top 1% are consistently translated into law and public policy." ~ Benjamin Page and Martin Gilens

"A body of men holding themselves accountable to nobody ought not to be trusted by anybody." ~ Thomas Paine

"Sooner or later, the people in this country are going to realize the government doesn’t give a fuck about them. The government doesn’t care about you, or your children, or your rights, or your welfare or your safety. It simply doesn’t give a fuck about you. It’s interested in its own power. That’s the only thing. Keeping it, and expanding it wherever possible." ~ George Carlin

“I do not say that democracy has been more pernicious on the whole, and in the long run, than monarchy or aristocracy. Democracy has never been and never can be so durable as aristocracy or monarchy; but while it lasts, it is more bloody than either. Remember, democracy never lasts long. It soon wastes, exhausts, and murders itself. There never was a democracy yet that did not commit suicide. It is in vain to say that democracy is less vain, less proud, less selfish, less ambitious, or less avaricious than aristocracy or monarchy. It is not true, in fact, and nowhere appears in history. Those passions are the same in all men, under all forms of simple government, and when unchecked, produce the same effects of fraud, violence, and cruelty.” ~ John Adams 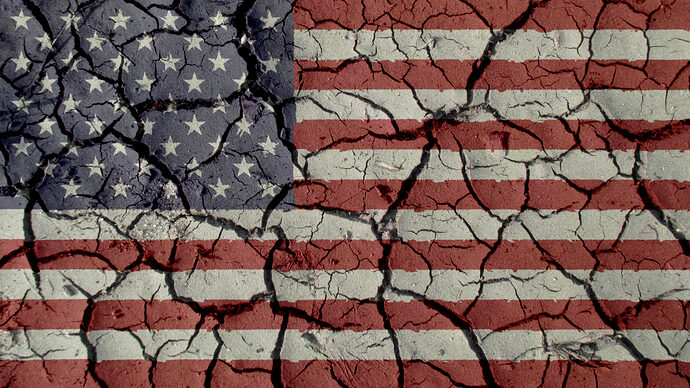 “How did you go bankrupt?” Two ways. Gradually, then suddenly.” ― Ernest Hemingway, The Sun Also Rises “I do not say that democracy has been more pernicious on the whole, and in the long run,…

"I’m not “left-wing.” I’m sure as hell not “right-wing” either. I don’t subject myself to this ridiculous tribalism that leaves no room for nuance or independent thought.

Both sides are inherently corrupt and bought out to corporate interests and the wealthy. I’ll never vote." ~ Danny Zeck

@d_a_zeck
I’m not “left-wing. I’m sure as hell not right-wing either. I don’t subject myself to this ridiculous tribalism that leaves no room for nuance or independent thought. Both sides are inherently corrupt and bought out to corporate interests and the wealthy. I’ll never vote.”

"You try to fit everyone in a “left-wing” or a “right-wing” box because you cannot think outside of their paradigm.
Your psyche has been captured.

They’re playing the people against each-other to control, exploit and distract us from the real problem: the system they created." ~ Danny Zeck

@d_a_zeck
You try to fit everyone in a “left-wing or a right-wing box because you cannot think outside of their paradigm. Your psyche has been captured. They’re playing the people against each-other to control, exploit and distract us from the real problem: the system they created.”

Trump Vaccine…:exploding_head: Operation Warpspeed Signed ‘COVID-19 Consumer Protection Act’ in December 2020 that makes it illegal for anyone to promote NON-BIG Pharma products as treatments for Convid Bragged about being “The Father of the Vaccine” Urged followers to get Vaxxed Ivanka was publicly vaccinated with 'fake" vax to push the vaccine https://twitter.com/IvankaTrump/status/1382435705847226369 [Trump hails COVID-19 vaccine as "Christmas miracle" in holiday video] … 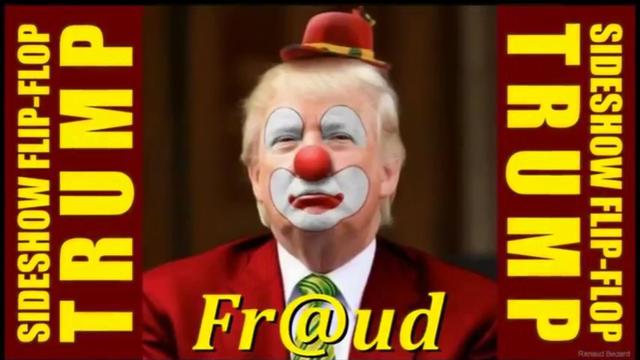 FLIP FLOP TRUMP, HE'S NO DIFFERENT FROM THE REST OF THE SWAMP. 🤔🤔🤔

HE MAY BE THE BIGGEST REPTILIAN OF THEM ALL. I TRUST NO POLITICIANS & THAT'S WHAT HE IS. HE TOLD US HE WAS A SNAKE & WE STILL LET HIM IN. HE STARTED OUT GOOD IT SEEMED BUT WAS JUST A VERY GOOD LIAR I THINK. HE BELIEVES HE'S APOLLYON & HAS...

Voting - Should We Still Be Doing It? Videos & Podcasts

"It is hard to imagine a more stupid or more dangerous way of making decisions than by putting those decisions in the hands of people who pay no price for being wrong." ~ Thomas Sowell “The state, rather, is a parasitic institution that lives off the wealth of its subjects, concealing its anti-social, predatory nature beneath a public-interest veneer.” ~ Lew Rockwell [image] [GovernmentTyranny]

"The public school system is usually a twelve year sentence of mind control. Crushing creativity, smashing individualism, encouraging collectivism and compromise, destroying the exercise of intellectual inquiry, twisting it instead into meek subservience to authority." ~ Walter Karp [American Journalist and Historian] "The greatest form of mind control is repetition." http://thedarktruth.org/2014/08/11/the-greatest-form-of-mind-control/ The Most Basic Form of Mind Control is Repetition (S…

Choosing left or right means you are a PAWN. Choosing FREEDOM, means you are knowledgeable. “The people hire the politicians so that the people can: (1) obtain security without managing it. (2) obtain action without thinking about it. (3) inflict theft, injury, and death upon others without having to contemplate either life or death. (4) avoid responsibility for their own intentions. (5) obtain the benefits of reality and science without exerting themselves in the discipline of facing or learn…

There Is No Apolitical Classroom Videos & Podcasts

[There Is No Apolitical Classroom] Politics & Discrimination are 2 of the 13 Reasons Why Not to Go To School:

Voluntaryist? ["Politics is a Total Sham" - Is NFL Star Aaron Rodgers a Voluntaryist ?] Politics is #8 on our 13 Reasons Why Not To Go To School post:

President Obama repealed the Smith-Mundt Anti-Propaganda Act in 2012 which is why Fake News has dominated most people realities ever since. https://www.rt.com/usa/smith-mundt-domestic-propaganda-121/ There was even a Change petition to reinstate the Anti-Propaganda Act that didn’t gain enough traction: “The plain fact is that education is itself a form of propaganda – a deliberate scheme to outfit the pupil, not with the capacity to weigh ideas, but with a simple appetite for gulping idea…

I have been reading this book and it is very eye opening and super informative. I highly recommend it if you want to learn about how we are born into slavery. #ad https://amzn.to/2StvQdU “Requiring the public schools to teach Civics, Government, and history classes out of federally approved, politically correct textbooks written by the publishing houses, owned by the owners of the Federal Reserve would ensure that the people would not discover the remedy.” Blackrock controls the Federal …

You Will Ever Hear !!] [Book Review "Government"-The Biggest Scam In History] You can read the book here for free: https://odysee.com/Government--The-Biggest-Scam-in-History--Exposed_backup:9 Or support the author and buy a physical copy:

The Government Is Not Us | Murray Rothbard Videos & Podcasts

[Murray Rothbard - The Government Is Not Us]

President Ronald Reagan enacted the National Childhood Vaccine Injury Act of 1986 law in cahoots with Big Pharma giving them absolute immunity from liability for causing massive deaths and injuries and is the reason we are where we are today otherwise these vaccine companies would have been out of business long ago.

Ronald Reagan and Walt Disney were good friends and both cut from the same die in many ways. Both men were high ranking Freemasons, both came from socialist backgrounds (Ronald’s mother was Eleanor Roosevelt’s best friend, and Walt’s Dad was a socialist leader), both were paid FBI informants, and both were involved heavily in the abuse of mind-controlled slaves. Walt always generously supported Reagan’s political campaigns, and in turn Reagan did political favors for Walt as Gov. of California.
The Shocking Truth About Disney

13 Reasons Why Not to Go to School
Most People Can't Handle The Truth
Far Left vs Far Right 🤣
Voting - Should We Still Be Doing It?
The Biden Administration Abandoned Medical Science And Replaced It With Political Science To Reward One Of Their Largest Donors, Teachers Unions
Privileges Are NOT Rights
'Pull That Plug': GOP Congressman Says It's Time To Abolish Department of Education