Why You Must Get Your Kids Out of Government Schools 🤯

Do YOU want to be a REAL parent or not? ~ Dr. Mark McDonald

Mikki: And in terms of University?
Mark: Don’t Bother! The university is a cesspool. It is a moral wasteland. It is an indoctrination camp…You will have literally sent your child into a cult that severs all ties from you for fours years and come back to you and very likely hate you.

"You are throwing your children to the wolves if you send them to University." ~ Dr. Mark McDonald Mikki Willis is the creator of the bombshell Plandemic series and Author of the book, Plandemic: Fear Is the Virus. Truth Is the Cure…

Here is a segment of the Full Length Documentary that is scheduled to be released Summer 2020. It’s being heavily censored and banned by YouTube for exposing the truth so people are posting it everywhere: [ - YouTube] Backup: “During﻿ times of universal deceit, telling the truth becomes a revolutionary act.” ~ George Orwell MUST READ About the Film: https://plandemicmovie.com/ ___________________________________________ Here is a must watch video of a Doctor speaking truth: …

Amazingly, the entire film has been released for free by its creator Mikki Willis If you haven’t already, you can watch Plandemic I here: 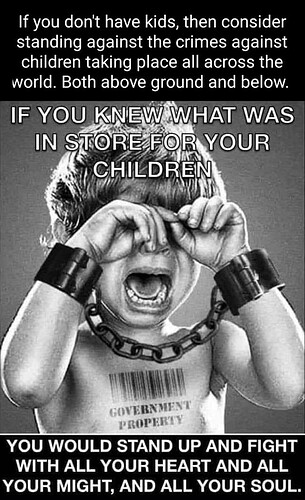 [Trading Up: Our Case For Trade Schools] Trailer… [Trading Up — A Short Documentary] [MikeRowe]

The three sacred roles of a father are Protect, Provide, Prepare "The main role of the male is to be the protector of society and the family unit. This role is achieved with the biological advantage of male hormones which boost confidence, enhances physical strength, and mental acuity. One of the most destructive yet rarely discussed effects of fluoride in the water supply today, is lowered hormone levels and endocrine disruption. A dumbed down population is easy to control, but more significa…

Basically parents are playing a game of Hunger Games or even worse Squid Game with their family! The only thing parents really have to do consistently is sleep with their children in the same house. "You can either be a great career woman or a great mother. You cannot possibly be both." -Kevin Samuels "One good mother is worth a hundred schoolmasters." ~ George Herbert Palmer "No price is too high to pay for the privilege of owning yourself." ~ Friedrich Nietzsche "When we choose to …