"Do you want to have an easy life? Then always stay with the herd and lose yourself in the herd." ~ Friedrich Nietzsche

"Real education must ultimately be limited to men who INSIST on knowing, the rest is mere sheep-herding." ~ Ezra Pound

“A nation of sheep will beget a government of wolves.” ~ Edward R. Murrow

"Enjoy your freedom. The sheep spend their lives fearing the wolf, and end up eaten by the Shepard." ~ Paulo Coelho, [The Alchemist]

"What the herd hates most is the one who thinks differently; it is not so much the opinion itself, but the audacity of wanting to think for themselves, something that they do not know how to do." ~ Arthur Schopenhauer

"A vocation is the crucial factor that destines a man to emancipate himself from the herd and from it’s well-worn paths." ~ Carl Jung [Development of Personality] 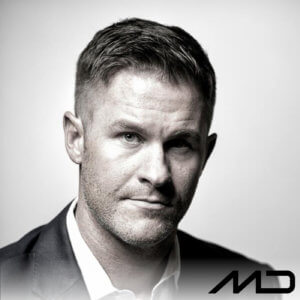 How To Kill Your Inner Sheep, And Become A Lion...With Sean Whalen

One of the primary reasons I started Self Made Man, was in response to the constant efforts of the mainstream media and corporations to emasculate men today… Companies like Proctor And Gamble know that their primary customer base is made up of women,... 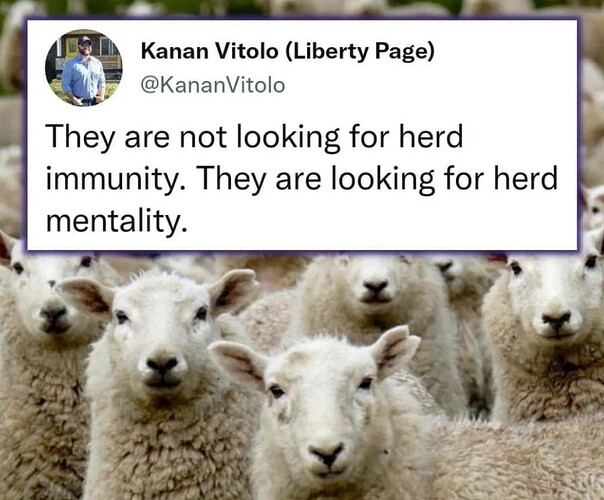 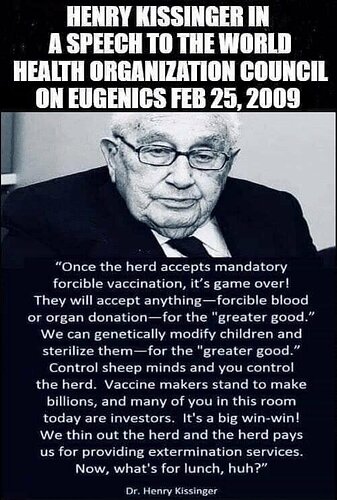 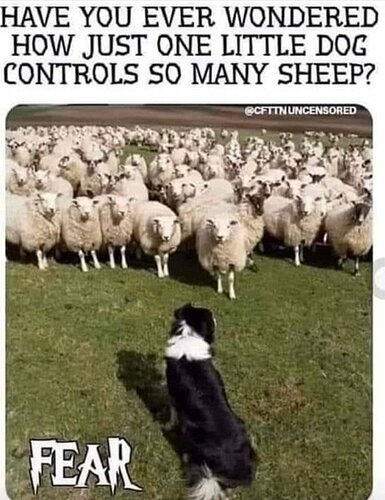 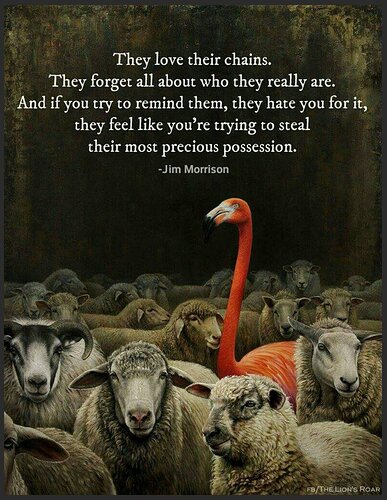 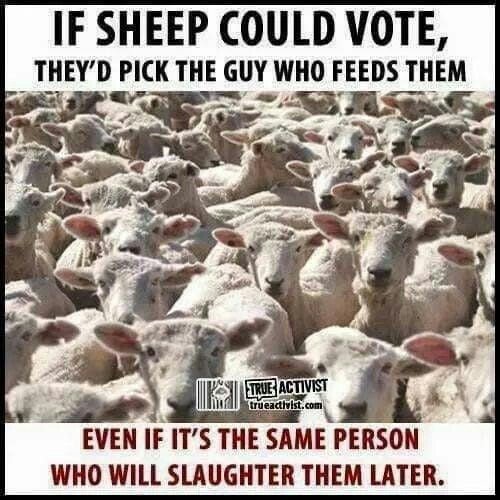 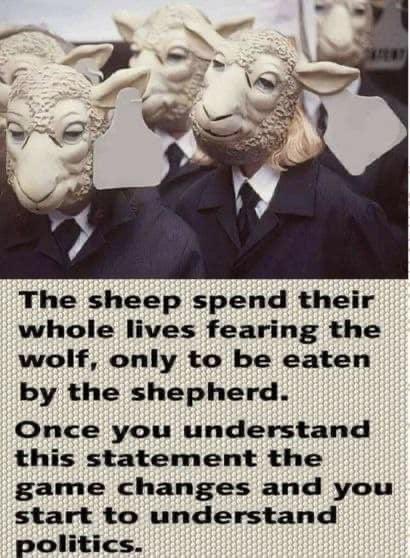 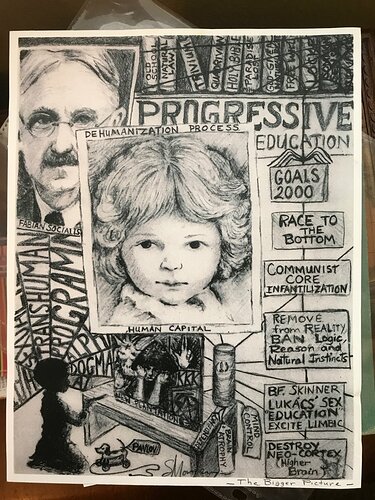 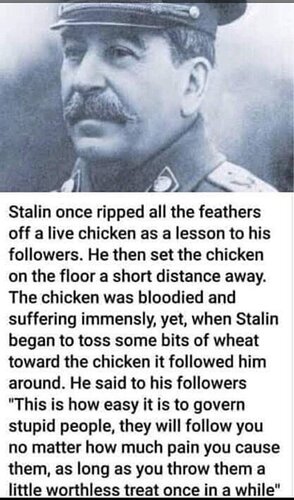 StalinChicken982×1668 216 KB
America, you're about to be POOR
Groupthink
The Truth About Socialization
While Some Fight Hard To Expose The NWO And Great Reset, The Sheep Are Indoctrinated Into Them Like A Cult
How Are Billions Of People Being Controlled By A Few Billionaires?
It's TOO LATE for the oblivious masses to get red-pilled
Why People are Afraid of STANDING OUT | The Zebra Story ~ Jordan Peterson
Why Good People OBEY Harmful Mandates
Good VS Evil
Unschooled, Unvaccinated, and Unmasked
Disowning Your Children
Nietzsche: Sheep and Wolves
Why Is Non-Conformity Your Greatest Asset In These Strange Times?
The Conscious Parent: Transforming Ourselves, Empowering Our Children
How The Elite Use Sports To Rule The Masses