The Truth About Socialization

Are your kids being socialized? The socialization schools offer is actually Social Engineering which is why the truth may surprise you! The truth is that kids that are unschooled are FAR BETTER socialized than SCHOOLED kids mostly because they are interacting with people of all ages, young and old in the real world. Kids in school only socialize with kids their own age which does not prepare them for the real world. Once you start to live your life without caring what other people think, that’s when life begins.

School is great for socialization…where else can your children be routinely exposed to drugs, bullying, obedience training, shame, abnormal isolation with a single age group, consumerism, disconnected communication, and authoritarianism?

If people are going to predictably and continuously ask home educators how their children socialize, then perhaps it would be fair to ask this: How can a child learn to interact with the world when they are limited to seeing the same 30 children who are their own age, ALL Day EVERYDAY?

“You hear the word “socialization” used frequently, that that is what schools do best – they socialize children. No, they don’t. You learn to talk to a fragment of people your own age, you learn to envy, resent, and fear people older than you, and you learn to have contempt for people younger than you. They hardly exist.” ~ John Taylor Gatto

"A friend to all is a friend to none." ~ Aristotle

“He who has many friends has no friends.” ~ Aristotle

"Show me your friends, and I’ll show you your future." ~ Craig Groeschel

“The person who follows the crowd will usually go no further than the crowd. The person who walks alone is likely to find himself in places no one has ever seen before.” ~ Albert Einstein

“The hardest challenge is to be yourself in a world where everyone is trying to make you be somebody else.” ~ E.E. Cummings

"Loneliness is not cured by human company. Loneliness is cured by contact with reality." ~ Anthony de Mello (Priest, spirituality author, and speaker)

"All stress, anxiety, and depression are caused when we are living to please others." ~ Paulo Coelho

"The easiest thing to be in the world is you. The most difficult thing to be is what other people want you to be. Don’t let them put you in that position." ~ Leo Buscaglia

“Most people are other people. Their thoughts are someone else’s opinions, their lives a mimicry, their passions a quotation.” ~ Oscar Wilde, [De Profundis]

“Why should we worry about what others think of us, do we have more confidence in their opinions than we do our own?” ~ Brigham Young

“I think it’s very healthy to spend time alone. You need to know how to be alone and not be defined by another person.” ~ Oscar Wilde

“We socialize. It’s fun. Socialization, on the other hand, that’s where someone trains you how to behave in an institutional setting. Not fun.” ~ Sara McGrath

"If there were no other reason to homeschool your kids, the socialization they get in school would be reason enough." ~ John Holt

“No one has to do anything in order to ‘socialize’ the children, or make them take part in the life of the group. They are born social; it is their nature.” ~ John Holt

“Any child who can spend an hour or two a day, or more if he wants, with adults that he likes, who are interested in the world and like to talk about it, will on most days learn far more from their talk than he would learn in a week of school.” ~ John Holt

“I think the socializing aspects of school are ten times as likely to be harmful as helpful. The human virtues—kindness, patience, generosity, etc., are learned by children in intimate relationships, maybe groups of two or three. By and large, human beings tend to behave worse in large groups, like you find in school. There they learn something quite different—popularity, conformity, bullying, teasing, things like that. They can make friends after school hours, during vacations, at the library, in church.” ~ John Holt

“Anti-social behavior is a trait of intelligence in a world full of conformists.” ~ Nikola Tesla [The Age of Enlightenment]

“Homeschooling will certainly produce some socially awkward adults, but the odds are good they would have been just as quirky had they spent twelve years raising their hand for permission to go to the bathroom.” ~ Quinn Cummings, [The Year of Learning Dangerously: Adventures in Homeschooling]

"‘Socialize’ means we turn more of our personal powers over to Big Brother, not free enterprise." ~ Robert Kiyosaki

"The idea that children need to be around many other youngsters in order to be ‘socialized’ is perhaps the most dangerous and extravagant myth in education and child rearing today." ~ Dr. Raymond Moore

“If you surround yourself with clowns, don’t be surprised if your life becomes a circus.” ~ Unknown

“It never ceases to amaze me: we all love ourselves more than other people, but care more about their opinion than our own.” ~ Marcus Aurelius

“The unhappiest people in this world, are those who care the most about what other people think.” ~ C. JoyBell C.

“Other people’s views and troubles can be contagious. Don’t sabotage yourself by unwittingly adopting negative, unproductive attitudes through your associations with others.” ~ Epictetus

"You can define a free person precisely as someone whose fate is not centrally or directly dependent on peer assessment." ~ Nassim Nicholas Taleb

“The process of socialization is nowhere near complete at age five or six, when modern children start spending up to half their waking hours taking their cues from other people’s children. Because they accompany their parents’ daily routine, homeschooled kids spend plenty of time interacting with people of all ages, which I think most people would agree is a far more natural, organic way to socialize.” ~ Quinn Cummings

“My kids were much better at getting along with people of all ages when they were homeschooled and were able to be cheerful and outgoing in public and get along with their peers and friends. They learnt to interact with the world in a much more real way than being expected only to know how to communicate with other kids their age.” ~ Jenny Allen

“Nothing enrages me more than when people criticize my criticism of school by telling me that schools are not just places to learn maths and spelling, they are places where children learn a vaguely defined thing called socialization. I know. I think schools generally do an effective and terribly damaging job of teaching children to be infantile, dependent, intellectually dishonest, passive and disrespectful to their own developmental capacities.” ~ Seymour Papert 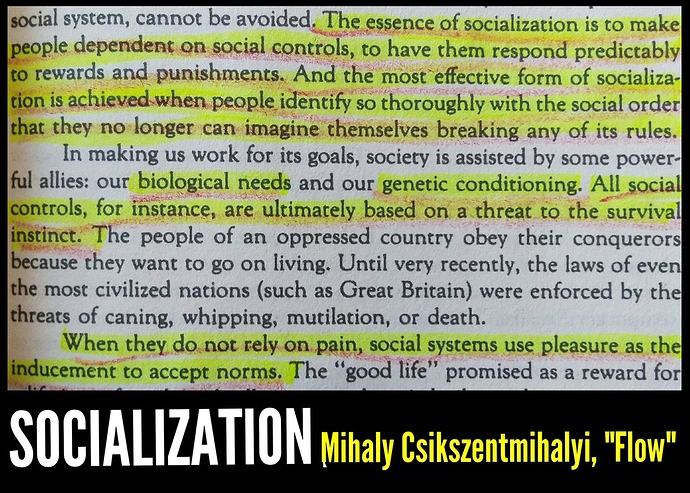 The following 2 pages were written by Theodore J. Kaczynski: 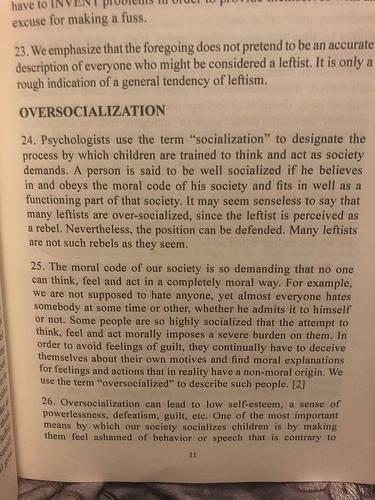 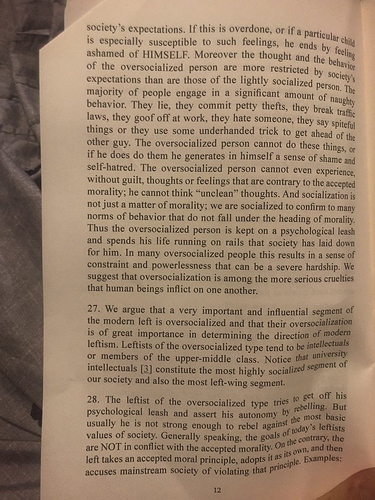 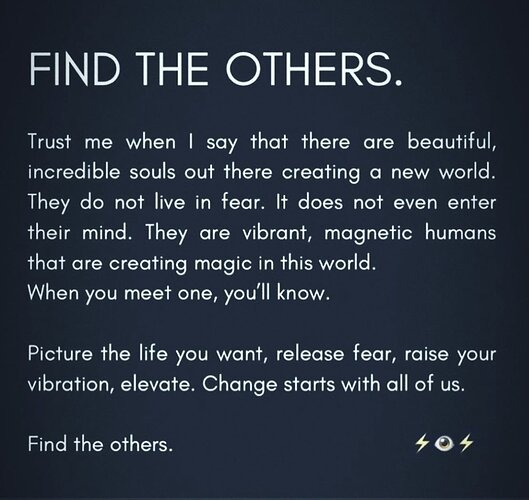 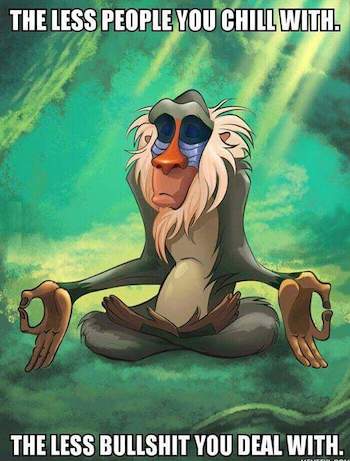 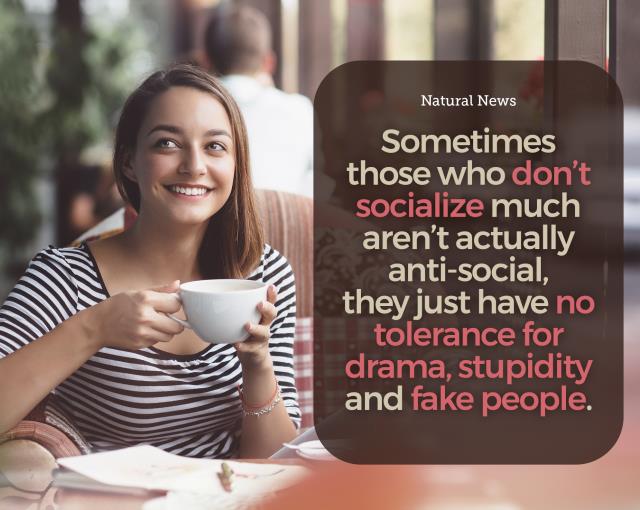 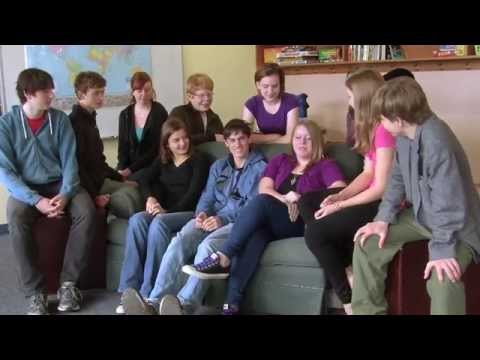 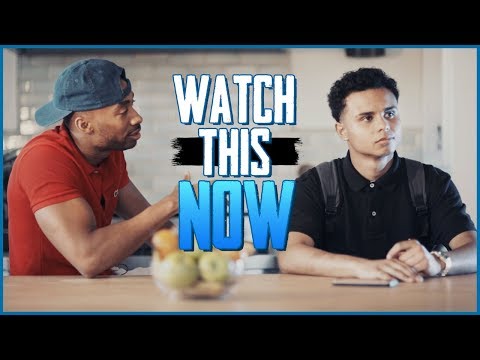 @EdLatimore
Most of your thoughts and feelings aren't really your own. The social programming is so powerful and complete that you've been fooled into believing that you think yourself. There is free will, but first you gotta be willing to be free. Most aren't willing though...

Hold On to Your Kids: Why Parents Need to Matter More Than Peers Tools & Resources

"Remember as well, that children at play are insulated from the alarming world around them. Play is a sanctuary of safety. Play is also the original school, far more effective than anything society could possibly invent. Rather than try to make the home a school, it would be much more important in these times to make the home a true playground where Nature can take care of all of us. In true play, the engagement is in the activity, not the outcome. Most screen play does not qualify." ~ Gordon Ne…

@Gary_Ilines
Couple of quick quotes from "Hold On to Your Kids": "The belief is that socializing...begets socialization: the capacity for skillful and mature relating to other human beings...If socializing were the key to socialization, gang members and street kids would be model citizens."

@Gary_Ilines
"The very concept of friendship is meaningless when applied to immature people. As adults, we would not consider a person to be a true friend unless he treated us with consideration, acknowledged our boundaries...Many children are not even remotely capable of such friendships." 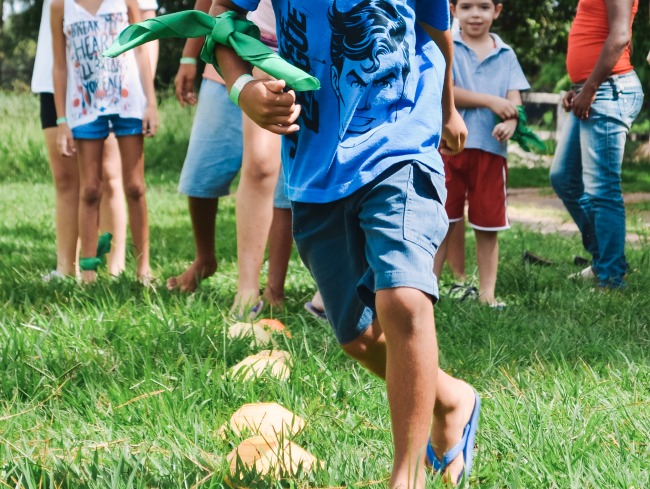 “Socialization”: Do our kids need artificial environments of social interaction or can they manage on their own?

"Why is it that we have completely lost faith in our children’s social intelligence? Why have we convinced ourselves that we have to force artificial social scenarios (such as daycare institutions and schools) upon our children, in order for them to develop socially?"

"What is the point of this forced “socialization?”

"Do you think children need to be “socialized”? If so, do you think they need to be so in institutions, away from their parents?"

Marxists only want sheeple: dehumanized, programmed & compartmentalized “Bots” to LOVE their “happy” slavery. Bertrand Russell "Do you want to have an easy life? Then always stay with the herd and lose yourself in the herd." ~ Friedrich Nietzsche "Real education must ultimately be limited to men who INSIST on knowing, the rest is mere sheep-herding." ~ Ezra Pound “A nation of sheep will beget a government of wolves.” ~ Edward R. Murrow "Enjoy your freedom. The sheep spend their lives …

Why Do the Majority of Kids Favor Socialism Over Capitalism?
13 Reasons Why Not to Go to School
Stop Worrying About Socialization. Seriously
Leaving An Obsolete System Behind
Socialization! | School's Out
The Five C’s Of Education
Top 10 Industries Preying on Children
Montessori Schools Are Scams
Your ENTIRE Reality Is An Elaborate Manipulation 🤯
The Truth About Learning to Read
Question Everything
The Truth About Cell Phones & Social Media
Self Care
The Secret Card To Survival
Groupthink