The Truth About History

I read somewhere that most people’s perception of history only goes as far back as the day THEY were born. Since history is no longer taught in school, unless they’re curious enough to ‘read’ about it themselves, they have NO idea what happened in our past. Actually pretty sad! Ancestral Knowledge!
Schools teach Fake History or False History such as the 1619 Project.

Don’t find yourself on the wrong side of history!

"Don’t be on the wrong side of history." ~ Gary Vaynerchuk

“We live together, you and I, in a dark time when all official history is propaganda.” ~ John Taylor Gatto, [The Underground History of American Education: An Intimate Investigation Into the Prison of Modern Schooling]

“To be ignorant of what occurred before you were born is to remain always a child. For what is the worth of human life, unless it is woven into the life of our ancestors by the records of history?” ~ Marcus Tullius Cicero

"A study of the history of opinion is a necessary preliminary to the emancipation of the mind." ~ John Maynard Keynes

"Every record has been destroyed or falsified, every book rewritten, every picture has been repainted, every statue and street building has been renamed, every date has been altered. And the process is continuing day by day and minute by minute." ~ George Orwell [1984]

"The most effective way to destroy people is to deny and obliterate their own understanding of their history." ~ George Orwell

“The past was erased, the erasure was forgotten, the lie became the truth.” ~ George Orwell (1984)

“Those who do not remember the past are condemned to repeat it.” ~ George Santayana

An old Soviet saying… “The future is known. It’s the past that keeps changing.”

“To be ignorant of what occurred before you were born is to remain always a child. For what is the worth of human life, unless it is woven into the life of our ancestors by the records of history?” ~ Marcus Tullius Cicero 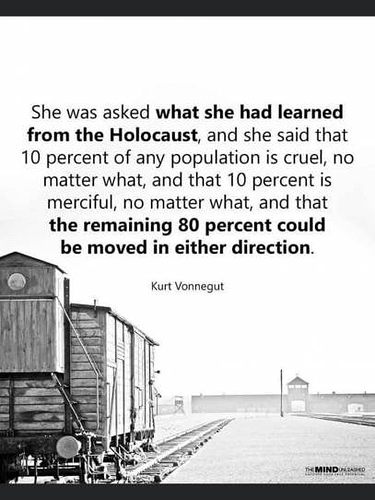 Conspiracy? Our Subverted History (do a channel search to find all the videos about this)

"TO PERSUADE A GOOD AND MORAL MAN TO DO EVIL…IT IS NOT NECESSARY FIRST TO PERSUADE HIM TO BECOME EVIL. IT IS ONLY NECESSARY TO TEACH HIM THAT HE IS DOING GOOD." ~ WILLIAM RYAN, BLAMING THE VICTIM “All that is necessary for evil to succeed is that good men do nothing.” ~ Edmund Burke “To avoid criticism say nothing, do nothing, be nothing.” ~ Elbert Hubbard “We know that no one ever seizes power with the intention of relinquishing it. Power is not a means; it is an end.” ~ George Orwell…

Why Do the Majority of Kids Favor Socialism Over Capitalism? Questions & Answers

In a socialist society, everyone consumes, no one produces and this is exactly the experience that children are living in schools and homes across America today with No Rights. We live in a free country, but our children live in a socialist society. So it’s not surprising why kids favor socialism, they’ve spent the most important years of their lives being socialized and indoctrinated by authoritarian socialist institutions so it’s the only thing they know. They don’t know how to make money for …

I am copying this article from Internet Archive as the website was shutdown: An excerpt from a work in progress: EYES WIDE OPEN An Australian Experience of CIA Child Trafficking by Fiona Barnett "The Watergate break-in was strictly based on one thing – the pedophile records that were being kept at the Democratic National Headquarters." ~ Det. James Rothstein, NYPD , Retired The June 1972 break-in of the Democratic National Committee headquarters led to the resignation of US President Nix…

President Obama repealed the Smith-Mundt Anti-Propaganda Act in 2012 which is why Fake News has dominated most people realities ever since. https://www.rt.com/usa/smith-mundt-domestic-propaganda-121/ There was even a Change petition to reinstate the Anti-Propaganda Act that didn’t gain enough traction: “The plain fact is that education is itself a form of propaganda – a deliberate scheme to outfit the pupil, not with the capacity to weigh ideas, but with a simple appetite for gulping idea…