The Truth About Vaccines

Vaxines.com
All vaccines destroy your natural immunity! California among other states literally force kids that go to school to get all kinds of vaccines completely disregarding their informed consent. There are NO safe vaccines! The vaccine companies are not even responsible for the BILLIONS of dollars in damages and lost lives they have caused, you know who always foots the bill, taxpayers, because decades ago the vaccine makers lobbied congress that they are not responsible for any damages their products cause. There is so much evidence now that links vaccines to causing autism which is what happened to our neighbors son and so now she is a whistleblower. If vaccines were really good for people, they wouldn’t force them on kids. Why is it that schools force vaccinate kids to keep them from getting rare diseases, especially when the risks of vaccines far outweighs any perceived benefits because in most cases they don’t work at all and many times cause the very disease they were supposed to prevent. Ironically, you don’t see schools pushing organic fruits and vegetables which have long been proven to strengthen and build your immune system to help prevent disease. Vaccines are loaded with aluminum and mercury to dumb people down. Check out this article, Don’t Let Schools Propagandize Your Kids.

"Vaccines are the backbone of the entire Pharmaceutical Industry. The vaccinated children become customers for life!" ~ Dr. Sherri Tenpenny

ALL vaccines are poison. ALL vaccines contain deadly toxins. ALL vaccines cause various degrees of brain and nervous system damage. ALL vaccines are capable of killing you. All vaccines have side effects including death. A vaccine is a deadly bioweapon. Thus vaccination is an assault with a deadly weapon and a crime against humanity. Defend yourself! ALL vaccines, including Merck’s “vitamin k” phytonadione surreptitiously injected into newborns are TOXIC FILTH with NO beneficial ingredients WHATSOEVER! The USA has the highest infant mortality and autism rates in the world, BY DESIGN!

The Hippocratic Oath “First Do No Harm” went out the window decades ago. Protecting the Individual is no longer the priority…protecting “the program” and themselves is of utmost importance now. When doctors inject toxic vaccines into kids causing them to die, no one takes responsibility for your child’s death so it’s YOUR RESPONSIBILITY AS A PARENT TO CARE FOR YOUR CHILDS HEALTH BECAUSE IF YOU LEAVE YOUR FAMILIES HEALTH IN THE HANDS OF A DOCTORS & BIG PHARMA, YOU ARE ALMOST GUARANTEED TO GET SOME TYPE OF DIS-EASE! DOCTORS, POLITICIANS, AND BIG PHARMA EXECS DON’T GO TO JAIL FOR KILLING OR INJURING YOUR KIDS WHEREAS If you commit crimes such as running a red light and killing someone or murdering someone, you go to prison, but if you’re a doctor and you do it, you get a raise and a bonus. There are lots of stories about this on the net and Big Pharma offers some of the top money making jobs in the world. VACCINES ARE ALL ABOUT MONEY! REMEMBER, DOCTORS & BIG PHARMA ARE IN THE SICKNESS BUSINESS, THEY DON’T GET WEALTHY WHEN YOU’RE HEALTHY. THEY ARE LITERALLY TRAINED TO USE THEIR AUTHORITY TO PREY ON YOU. THOSE WHO VACCINATE KIDS ARE LIKE WOLVES EATING BUNNIES WITH THE ONLY DIFFERENCE BEING THAT HUMANS DRESS UP LIKE SHEEP (WHITECOATS) TO COMMIT THEIR CRIMES AGAINST HUMANITY.

The Flu shot causes more deaths than any other vaccine!

According to Retractable.com, it is estimated that over 320,000 needlestick injuries occur every year in the U.S.* OUCH! getting jabbed by a needle is bad enough, but getting physically injured is just terrible.

The Vaccine industry is #4 on our Top 10 Industries Preying on Children post and since vaccines contain aborted baby parts, they go hand and hand with the Abortion industry which is #10:

Uncensored: US Government Pays Out Over $4 Billion for Vaccine Injuries and...

A Dec. 1, 2018 update by the U.S. Health Resources and Services Administration (HRSA) on the federal Vaccine Injury Compensation Program (VICP) reported that the total amount of awards to children and

The Truth About Vaccines | Are Vaccines Safe? | Vaccine Facts

Join over 500,000 People as We Continue to Learn The Truth About Vaccines.

How the Government has Earned $3.5 BILLION from the Claim that Vaccines Don't...

Few among the American public truly understand just how huge the U.S. vaccine market is. Not only do drug companies reap huge profits from vaccines, so too does the U.S. government. For example, di

“Vaccination is a barbarous practice and one of the most fatal of all the delusions current in our time. Conscientious objectors to vaccination should stand alone, if need be, against the whole world, in defense of their conviction.” ~ Mahatma Gandhi

"The most basic of all human rights is the ability to have control over your own body and be able to exercise informed consent when making medical decisions that can harm you or your child." ~ Rob Schneider

"The rise of mandatory and forced vaccination legislation should send a chill up every single American spine. That government can force you to accept any kind of medicine and inject you against your will is totalitarianism at its worst! This egregious form of state power is metastasizing." ~ Dr. Ron Paul

"The most widespread and lethal diseases in the last 200 years were reduced due to cleaner drinking water, improved sanitation, nutrition, less overcrowded areas, and better living conditions. Vaccines were introduced at the point where every single disease was already declining. To give vaccines credit for global reductions in disease is like giving a band-aid credit for healing a wound that was already closing." ~ Dr. Dave Mihalovic

"This is arguably the most powerful film ever created that tells the truth about vaccines, medications and GMOs." ~ Mike Adams, Natural News

Bought Movie - The Truth Behind Vaccines, Big Pharma & Your Food

Gandhi condemned vaccines as a barbarous practice and a

Gandhi condemned vaccines as a barbarous practice and a

Here is a video that discusses how vaccinated children are spreading & shedding diseases through Disease Shedding which is caused by vaccines from the organization, Educate4theInjured:

CDC is a vaccine company, owns 56 vaccines – a grave conflict of interest 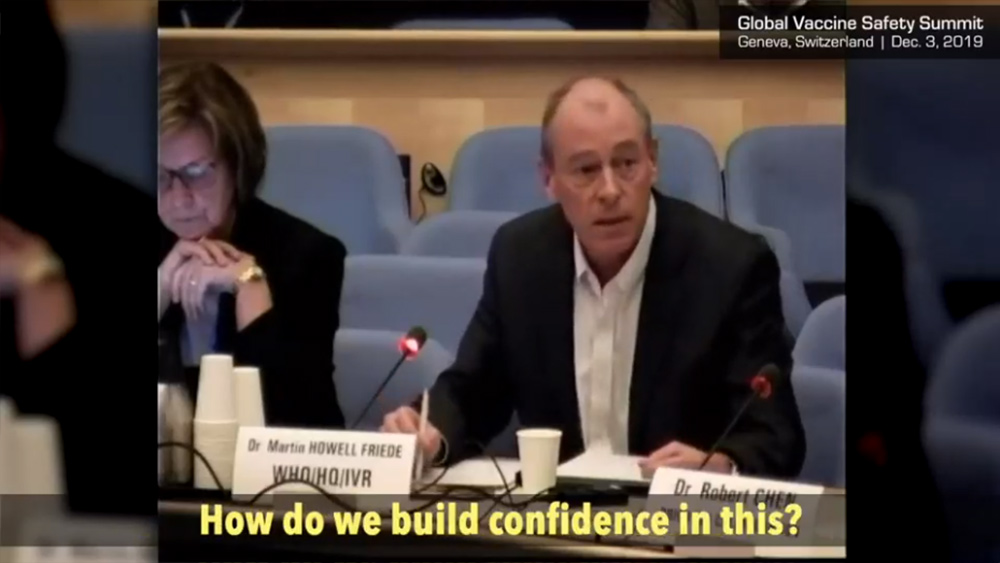 A Dec. 2, 2019 World Health Organization "Global Vaccine Safety Summit" video has been found and leaked to the world, revealing shocking admissions of the health hazards posed by vaccines and their toxic ingredients. A first-wave compilation of some...

Discover the world's most amazing collection of vaccine truth videos on this...

There's a vaccine video channel we've discovered on Brighteon.com that features 156 videos showcasing powerful interviews, presentations and talks on the dangers of vaccines. The channel is called "Vaccines and Vaccination" and you can find it at...

It suggests that we are seeing a failing vaccine instead of a failure to vaccinate, yet these are facts that mainstream media never addresses. 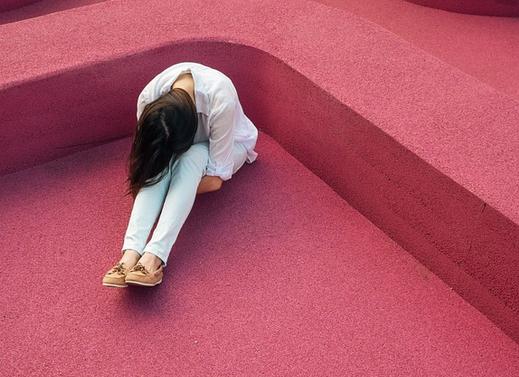 The scientists found correlations for one vaccine in particular: the influenza vaccine, which was associated with higher rates of OCD, anorexia, anxiety disorder and tic disorder.

– Dr Tim O’Shea Have you ever wondered why so many kids these days are allergic to peanuts? Where did this allergy come from all of a sudden? Before 1900, reactions to peanuts were unheard of. Today almost a 1.5 million children in this country are...

For the first time in almost two decades, the Philippines is experiencing a major polio outbreak, and authorities admit that polio vaccines are to blame. But Big Tech continues to de-platform or otherwise silence users who try to share this pertinent...

The latest example of Big Pharma taking over the media is the purchase of the Los Angeles Times and the San Diego Tribune for $500 million by Big Pharma billionaire Dr. Patrick Soon-Shiong. Instead of paying for advertisements, pharma billionaires...

How Vaccines Can Damage Your Brain:
http://www.whale.to/b/blaylock.html

In 1988, the British government launched the Measles, Mumps and Rubella (MMR) vaccine, even though central figures knew that the vaccine could cause brain ... 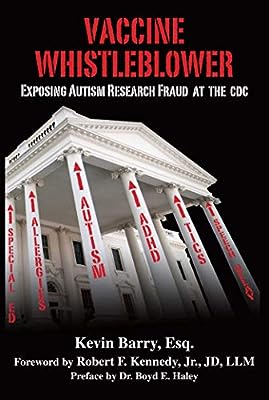 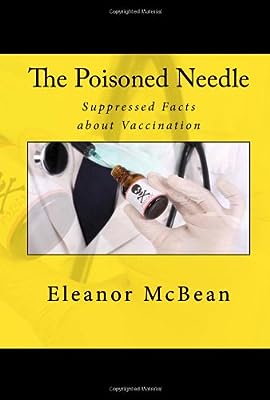 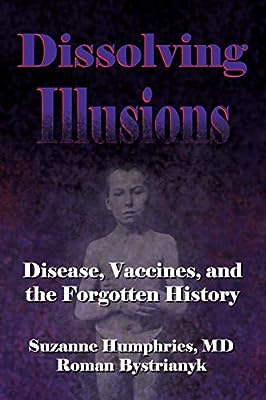 The Great Bird Flu Hoax: The Truth They Don't Want You to Know About the "Next Big Pandemic" 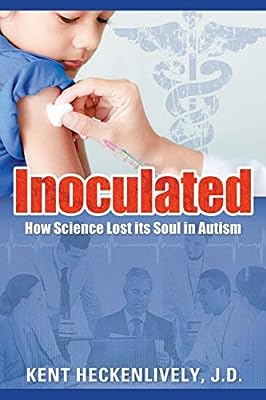 Inoculated: How Science Lost its Soul in Autism 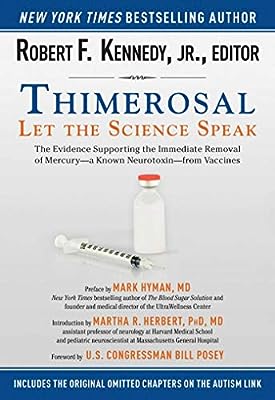 The CDC is a criminal operation that preys upon innocent children using fraudulent science. The "Vaccine Holocaust," as it is sometimes called, is a deliberate and widespread assault on children using chemical violence. This war on children must be...