The Purpose of School

The Purpose of School does not care at all about your purpose in life. Schools will not take any responsibility for failing you in life, misguiding you and misdirecting you away from your passions which hold the keys for your success.

What Is Your Purpose? STOP Wasting Your Life! General Discussion & News

If you truly think about it, it likely has nothing to do with school. And even if it does, you may find that your life has a much greater purpose than what you’re doing at school or after graduation with a degree. As they say, school is a vacuum where everyone is forced to learn the same things at the same times and even at the same age, but that’s not how kids find their purpose in life. Since all kids are uniquely different, they each have their own individuality. Ask yourself whether The Purp…

The purpose of schools in modern societies (19th-20th century) was to prepare industrial workers … sheep that would be educated in the basics, enough to perform a job but not so much that the person would- through creativity, innovation and use of personal resources- create it’s own opportunities. The school system that we have today - is still in the business of producing sheep. As the mother of a 12 year old , who I homeschool after years of suffering dealing with the system- I cannot force a child (of the 21st century!) to be sheep. They are a new generation. They are supposed to exploit their creativity, innovative problem solving and make a BETTER world. We all know that they are going to have to be able to solve very very difficult problems in the future. (climate change, unemployment, nuclear warfare, on so many more!) ---- Instead , the system is producing hordes of adhd’ers, autistic spectrum patients and at risk children … If you want to stay in the system in the “No Child Left Behind” paradox… you’d better have a well adjusted child who can be sheep, or medicate your problem kid with a lot of imagination and a mind of his own … ~ Mariana Santangelo

"The purpose of education is to improve companies bottom lines.﻿"

"The purpose of education and the schools is to change the thoughts, feelings and actions of students." ~ Professor Benjamin Bloom [called “Father of Outcome-Based Education” (OBE)]

“Educating the masses was intended only to improve the relationship between the top and the bottom of society. Not for changing the nature of the relationship.” ~ John Ralston Saul, “Voltaire’s Bastards”

"Traditional school changes the way children naturally learn — through hands-on exploration and experimentation — and instead teaches children to be taught. Children become conditioned in school to be passive learners, to follow commands, to relay right answers, to conform. The creativity and exuberance for learning that is so apparent when we are young, often fades as learning becomes a coercive chore."

"One thing that the government fails to realize is that teaching students how to do well on a test does not, in fact, prepare them for life. All it does is teach them how to take a test. “Teaching for testing” is the biggest crock in the American education system — it prevents teachers from doing their jobs effectively, holds students back, and it impedes the entire educational process. “Teaching for testing” is the worst possible stance one could ever take when it comes to education." ~ Vicki Batts

The Department of Education was funded by grants from the Rockefeller and Carnegie families in the early 1900’s.

2) Now we get the kids in school to indoctrinate them how to think which breaks up the family so the kids start looking at the State as the family, as well as the School and officials as their family, NOT their parents teaching them.

"In the beginning, I saw the feeling behind what I thought was a noble venture until I saw the true intentions behind it."

Surprisingly, the 2020 Presidential Candidate, Joe Biden, discussed this in a 1981 op-ed
"Expanding the childcare tax credit and allowing more women to work would subsidize "the deterioration of the family."

"People who wanted their kids schooled had them schooled even then; people who didn’t didn’t. That was more or less true for most of us right into the twentieth century: as late as 1920, only 32 percent of American kids went past elementary school. If that sounds impossible, consider the practice in Switzerland today where only 23 percent of the student population goes to high school, though Switzerland has the world’s highest per capita income in the world."

"Prussia was prepared to use bayonets on its own people as readily as it wielded them against others, so it’s not all that surprising the human race got its first effective secular compulsion schooling out of Prussia in 1819."

"The Prussian mind, which carried the day, held a clear idea of what centralized schooling should deliver: 1) Obedient soldiers to the army; 2) Obedient workers for mines, factories, and farms; 3) Well-subordinated civil servants, trained in their function; 4) Well-subordinated clerks for industry; 5) Citizens who thought alike on most issues; 6) National uniformity in thought, word, and deed."

"So highly was Prussia regarded in America and Britain, the English-speaking adversaries selected the Prussian king to arbitrate our northwest border with Canada. Hence the Pennsylvania town “King of Prussia.” Thirty-three years after Prussia made state schooling work, we borrowed the structure, style, and intention of those Germans for our own first compulsion schools."

"In 1839, thirteen years before the first successful school compulsion law was passed in the United States, a perpetual critic of Boston Whig (Mann’s own party) leadership charged that proposals to erect German-style teacher seminaries in this country were a thinly disguised attack on local and popular autonomy. The critic Brownson5 allowed that state regulation of teaching licenses was a necessary preliminary only if school were intended to serve as a psychological control mechanism for the state and as a screen for a controlled economy. If that was the game truly afoot, said Brownson, it should be reckoned an act of treason."

"Germans, said Quigley, wanted freedom from the need to make decisions, the negative freedom that comes from a universal totalitarian structure which gives security and meaning to life. The German is most at home in military, ecclesiastical, or educational organizations, ill at ease with equality, democracy, individualism, or freedom. This was the spirit that gave the West forced schooling in the early nineteenth century"

"By the eighteenth century, under Frederick the Great, Prussia had become a major European power in spite of its striking material disadvantages. From 1740 onwards, it was feared throughout Europe for its large, well-equipped, and deadly standing army, comprising a formulaic 1 percent of the population. After centuries of debate, the 1 percent formula became the lot of the United States military, too, a gift of Prussian strategist von Clausewitz to America."

"Under Frederick William II, Frederick the Great’s nephew and successor, from the end of the eighteenth century on into the nineteenth, Prussian citizens were deprived of all rights and privileges. Every existence was comprehensively subordinated to the purposes of the State, and in exchange the State agreed to act as a good father, giving food, work, and wages suited to the people’s capacity, welfare for the poor and elderly, and universal schooling for children. The early nineteenth century saw Prussian state socialism arrive full-blown as the most dynamic force in world affairs, a powerful rival to industrial capitalism, with antagonisms sensed but not yet clearly identified. It was the moment of schooling, never to surrender its grip on the throat of society once achieved."

A Brief History of Education

To understand schools, we must view them in historical perspective.

by John Taylor Gatto Chapter 7 of The Underground History of American Public Education On approaching the enemy, the marching columns of Prussians wheeled in succession to the right or left, passed along the front of the enemy until the rear company...

Why Do the Majority of Kids Favor Socialism Over Capitalism? Videos & Podcasts

In a socialist society, everyone consumes, no one produces and this is exactly the experience that children are living in schools and homes across America today with No Rights. We live in a free country, but our children live in a socialist society. So it’s not surprising why kids favor socialism, they’ve spent the most important years of their lives being socialized and indoctrinated by authoritarian socialist institutions so it’s the only thing they know. They don’t know how to make money for …

It is time to hold the left and academia accountable for their blatant propaganda. Not just teachers and schools, but the creators of course materials. 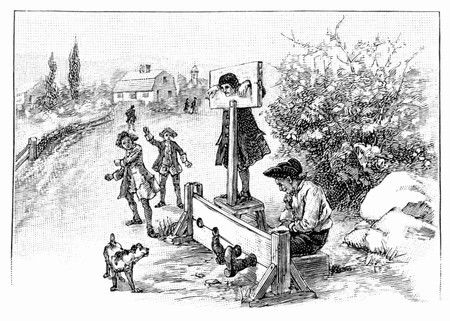 As I have examined the phenomenon of government controlled schooling, it has been a continuing mystery to me why this type of totalitarian enterprise could have been imposed on a country that was... 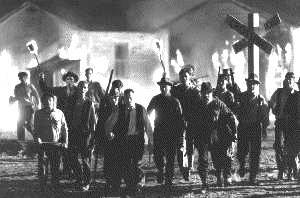 This post is the third in a series that discusses the origins of the modern government schooling model.  The first is In the beginning: mostly voluntary and private and the second is The Prussian...

What Does Uber, Facebook, Alibaba, Airbnb Have in Common with Unschooling?
What Is Your Purpose? STOP Wasting Your Life!
Things We Never Learn in School
Record Breaking Back-to-School Spending Projected to Top $27B This Year
Can I Sue a School for Educational Malpractice? NO
Famous High School Dropouts
13 Reasons Why Not to Go to School
Why Do the Majority of Kids Favor Socialism Over Capitalism?